When your company begins revising its social media marketing strategy, it probably doesn’t include Reddit in the mix. Don’t feel ashamed or embarrassed. Few small business owners think about incorporating Reddit into their plans.

Reddit, however, often spawns viral news, memes, and other content all across the internet. It also offers other advantages, some of which are explored in more detail below. To get started, let’s revisit what Reddit is and why it’s important.

Reddit calls itself the “front page of the internet,” but you can think of it as a democratic comments section. Users, called Redditors, upvote and downvote each other’s posts and comments. Reddit also is social. People converse with one another on the site and share content that interests them.

That content relates to most subjects under the sun. If you want to know how people feel about NHL hockey, there’s a “subreddit” for that. You should know the term; subreddits can be extremely broad or narrow. They cover general topics like hockey as well as narrow ones, such as a particular hockey team or individual player.

New subreddits form every day, making it possible to find out how people think and feel about almost anything. And if Reddit lacks a subreddit about your business or industry, start one. Someone, possibly even your target audience, will see and interact with it.

The site’s user base could contain your ideal customer. The Pew Research Center offers interesting insights into Reddit’s Redditors, listing demographics and behaviors that possibly coincide with your customer persona.

Reddit is important for other reasons too. It can generate traffic back to your website, especially if the Redditors decide they like what you have to say, show, or share. That referral traffic tends to improve search engine rankings, making Reddit important for not only marketing and sales but also search engine optimization (SEO).

Translation: Redditors are actively involved with the platform and may be willing to engage with you.

If you decide to include Reddit in your 2018 social media strategy, implement the following seven tips. They can help prevent missteps and deliver desired results, namely, information about your target customers and opportunities to interact with them.

Reddit offers several benefits. First, you can learn more about your target audience and apply that knowledge to marketing and sales efforts. Second, you can increase backlinks and referral traffic. Third, you can interact with customers directly, growing engagement and sales. Fourth, you can find out what people are saying about you and your competition, which is an upgrade from traditional review sites.

If you think your current social media marketing strategy needs an update, give Reddit a try. It could deliver the results you were hoping for. 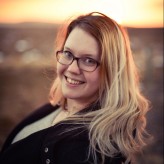 Shea Drake lives in Salt Lake City, Utah, where she enjoys reading and writing about Marketing, AI, and Augmented Reality. You can find more of her writings on Twitter @sheadrakephoto. Stop by and say hi!

Previous ArticleBig Data Infusion into Small Business: How to Do It Right
Next ArticleHow to Easily Switch Your Rental into a Smart Home
THE Skinny
Socialnomics Trends October 1, 2022