Social Media: Where Are We Going, Where Have We Been?
https://pixabay.com/illustrations/mobile-phone-smartphone-app-1087845/

Social Media: Where Are We Going, Where Have We Been?

For many of us, social media is so well integrated into our daily routine that it’s difficult to remember that there was ever a time when it wasn’t an integral part of our daily lives. The reality is, though, that the proliferation of social media is still a relatively new phenomenon. In fact, it’s only over the last decade that social media has evolved from being a fun new communications technology to being a staple of modern life for average Americans, regardless of age, ethnicity, gender, or class. Read on as we take a look back at the brief history of social media and as we look ahead to the social media of the future.

The Rise of the Unicorn

Perhaps one of the most surprising — and exciting — revelations of social media across the last decade is its capacity to transform aspiring businesses into startup unicorns. If you’re not familiar with the lingo, a unicorn is a company that is less than ten years old and already generating more than $1 billion in revenue. The massive global reach of social media has introduced us to a number of unicorns, and even super unicorns (startups producing more than $100 billion).

In fact, because of social media, startup unicorns like AirBNB and Uber have changed our lives both online and off. And, of course, we can’t forget the profoundly transformative influence of that most famous super unicorn of all, Facebook! Thanks to social media, unicorns, though still rare, aren’t quite as unheard of as they once were. Studies suggest, for example, that in 2015, an average of 1.5 companies grew to unicorn status every single week.

Digital Entertainment and the Rise of eSports

Social media has even changed the way we enjoy sports. The popularity of eSports specifcially has skyrocketed in recent years, so much so, in fact, that analysts predict eSports will soon surpass both the World Cup and the Super Bowl in terms of viewership and revenues.

For all its popularity as an entertainment and communication technology, there’s also a serious side to social media with its increasing focus on important social issues. One of the most important of these, both online and off, is the issue of environmental sustainability. Now, more than ever, social media influencers are pushing green initiatives and practices, while businesses across virtually every domain are using social media platforms to tout their sustainable practices and to recruit new employees for green jobs.

Changing the Face of Business

Not only is social media helping to drive social responsibility, especially on the environmental front, but it’s also changing the way we do business around the world. This is yet another reason why we’ve seen a surge in startup unicorns in recent years.

Social media is also one of the most powerful and adaptive branding tools available. With social media, one can cultivate an organization’s distinctive identity through the use of video content, stories, and “funnel” marketing. This not only galvanizes customer research but it also enables businesses to optimize brand identity and recognition. Any company is able to harness the power of social media to customize their marketing, products, and services to customers’ wants and needs.

Social media has come a long way over the last ten years. It has taken us on an exciting journey, changing the way that we interact, the way we play, the way we work, and even the way we care for our Earth and each other. No one could have predicted how dramatically social media would change our lives in a few short years, and it’s scarcely possible to imagine where it will take us over the course of the next decade. 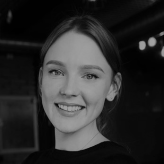 Indiana Lee is a writer and musician from the pacific northwest who has a particular interest in covering the arts, social justice, and health. You can follow her work on her website above, or email her at [email protected]

Previous ArticleTop 8 Secrets of Instagram Marketing
Next ArticleWhat are Some Liabilities That Can Affect Online Businesses?
Comments (0)