When We Should Regulate the Sharing Economy

When We Should Regulate the Sharing Economy

There is much to like about the sharing economy. For many people, “gigs” are a great way to earn a living or stay financially stable while they work on their education or find a new career. That said, the sharing economy is also becoming problematic.

Lawmakers are having trouble finding ways to keep companies like Uber, Airbnb, and DoorDash accountable while respecting their practical and legal status as “technology platforms.” For example, Uber is staking its future — and the outcome of several pending lawsuits — on the idea that its drivers are neither legal employees nor even a part of its “core business.”

Let’s look at the parts of the sharing economy that seem to be unraveling and the challenge of reigning in an industry with a surprising amount of political clout.

What Are the Emerging Problems with the Sharing Economy? Worker dignity was one of the first problems to rear its head as the sharing economy grew in size and influence. The crux of the matter is twofold:

California has become a flashpoint for several of these issues. Governor Newsom is expected to allow Assembly Bill 5 to take effect on January 1, 2020. AB5 would require sharing-based companies in California to treat many more of their drivers, couriers and other gig workers as employees.

Labor rights groups see AB5 as a milestone in protecting employee dignity in an increasingly digital world. When companies classify gig workers as “independent contractors” instead of employees, that company gets to skirt around requirements to provide health insurance, reimburse worker expenses and pay employees for overtime — or even pay them the minimum wage.

Airbnb’s troubles with progressive groups stem in large part from the “disruption” they can bring to otherwise stable communities. American Family Voices is actively lobbying Congress to pass what’s known as the “Protecting Local Authority and Neighborhoods Act,” or the “PLAN Act.” This law would make Airbnb more accountable for its listings and help curb several problems the company has raised in the meantime. These issues include increased congestion in areas with active Airbnb listings as well as legally compliant hotels and bed-and-breakfasts being forced out of business by Airbnb’s low prices.

Why Could Regulation Become a Challenge? Uber drivers regularly report putting in as many as 80 hours of work in a week while still being classified as “part-time employees” or “independent contractors.” When gig economy companies began exploiting this loophole, some experienced drivers like Inder Parmar saw their income dwindle from $37 per hour to just $9 or $10 per hour. In many cases, this amount barely covers the expenses, which ride-sharing companies do not compensate for.

This situation has placed regulators, like those in California and New York City, in a difficult position. Gig economy companies, in declaring themselves “technology platforms,” get to circumvent regulations intended to keep employees and customers safe. But regulators may not have learned the lessons of the past as they contemplate the future of the gig economy.

Part of why Uber drivers struggle to earn a living wage is because of the sheer number of drivers on the road. In the heyday of yellow cabs, the New York City Council capped the number of taxis in operation. This setup made “taxi medallions” more valuable than entire taxi companies and effectively ended the era of independent taxi owners.

Lyft and Uber may be a direct consequence of this type of regulation, which favors moneyed interests at the expense of small businesses and full-time employees. Today, New York City is contemplating a similar cap on the number of “non-metered” ride-hailing services that can operate within city limits. This cap may help cut down on the congestion within city limits. There are 100,000 non-metered cabs in New York City today, but a cap on non-metered cabs and stronger worker protections will, admittedly, have mixed results for drivers.

A combination of California’s and New York’s proposed regulations would reduce the number of drivers ride-hailing services “employ,” and it would also decrease congestion in cities. It would, on the other hand, ensure that the remaining drivers receive a living wage for their work.

Airbnb’s business model may prove more amenable to being reigned in by local ordinances and regulations, with or without the aforementioned PLAN Act. In Boston, Airbnb acquiesced to a new local regulation that requires would-be Airbnb participants to first obtain permission from the city to rent their property. Boston also set up stronger information-sharing protocols between the public and private sectors in the name of bringing quicker intervention against “illegal listings.”

Private and Public Interests Can Co-Exist Part of the reason the sharing economy model is so popular for hailing rides is that public transportation in the U.S. is some of the worst in the developed world. The 2017 Infrastructure Report Card gave the American transit system a “D-minus.” Uber and Lyft have learned to take advantage of an entirely manufactured crisis here — one made possible by years of underfunding and a regressive tax system, coupled with misinformation campaigns by private interests.

If Lyft, Uber and other companies like them are to be regulated sensibly and effectively, our laws must be written in a way that forces them into competition with private car ownership — not with the nation’s public transit system.

Therefore, regulating the gig economy can, and must, factor in strong worker protections and measures to ensure participants don’t run afoul of local ordinances. It must create real competition against private companies in the form of publicly owned infrastructure like buses and subways. People turn to individuals when they can’t trust institutions and vice versa. Author and Oxford University lecturer Rachel Botsman explains that organizations can nurture this trust within their companies and with their consumers in order to see growth in the sharing economy and beyond.

None of the regulations named here will do away with the sharing economy — and we wouldn’t want to. Sharing our cars and homes with strangers through digital portals is convenient, cost-effective and may even help with carbon emissions. Without a significant overhaul, however, technology companies may continue to take advantage of the company and worker classifications to keep their profits high and their social responsibility low. 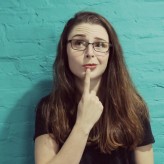 Kayla Matthews writes about big data, analytics and data science for publications like KDNuggets, InsideBIGDATA, InformationWeek and Towards Data Science. To read more from Kayla, please visit her blog, ProductivityBytes.

Previous ArticleShould You Buy a Home Outside Your Budget?
Next ArticleDangerous Cybersecurity Pitfalls to Avoid
THE Skinny
Socialnomics Trends December 5, 2021