Following the 2016 US Presidential Elections, Twitter announced its efforts to increase transparency for all advertisements on Twitter. This came in the wake of concerns about social media being exploited for political purposes. But while the ad transparency feature carries an emphasized focus on political and issue-based ads, it also affects everyone running ads on the platform.

This article will discuss what the ad transparency feature means for advertising on Twitter, how it works, and how you can leverage it for your brand.

In late 2017, Twitter launched its ad transparency center, which provided visibility into who is advertising on Twitter, the details behind those ads, and tools for providing feedback about those ads. Its features include showing:

Users were also allowed to report inappropriate ads and give negative feedback for all ads running on the platform. To answer concerns about electioneering ads – those that refer to a clearly identified candidate or party associated with that candidate – advertisers were required to identify campaigns as such. Essentially, just as you would with Twitter’s search feature, users can search for a specific handle and see the creatives for all ad campaigns that were run in the last seven days, including those that have been suspended for any reason.

What You Can Do With The Information

As alluded to earlier, while the focus of ad transparency may be on political ads, it also brings benefits to marketers, which they can leverage for their brands. These include:

One of the most obvious benefits of the ad transparency center (ATC) is the ability to view (and even engage with) the ads being run by your competitors just as you would if you came across them organically.

Here are some of the other things you can do:

The great thing about the transparency feature is that you won’t only see what kind of ads your competitors are running, you can also see how well they’re performing, with the number of shares and retweets shown as well. This allows you to take inspiration from what works, and stray from those that don’t.

With constant features being rolled out, it’s easy to miss out on the latest ad features. Additionally, while you might be updated with what new features have been released, seeing how it looks (and performs) is a different thing entirely.

With the ATC, you can see how other brands are using new ad features, and get inspiration for your own campaigns.

The ATC not only allows social media managers to view others’ campaigns, it also lets you monitor your active ads as well. And apart from being able to tweak campaigns depending on performance, you can also re-share active promotions that customers may have missed out on.

It’s important to note, though, that this can be a double-edged sword. Ads are highly-targeted, so the reason customers may have missed out on them is because they aren’t qualified for such promotions. Maybe it’s a loyalty program, or a specific program they needed to sign up for – whatever the case may be, not all promotions are available to everyone.

But because they can view all active ads in the ATC, there’s a possibility they could question why they weren’t rewarded as others were. Should this occur, make sure to promptly settle the matter to avoid breeding resentment. Progressive gets three key things right in its copy: conciseness, humor, and rate transparency. The self-deprecating way in which the insurance company admits that their rates aren’t as low as some of their competitors’ is a hit. The crying Progressive spokesperson in the image catches the attention, while the CTA to see their rates and their competitors’ side-by-side piques the interest.

Additionally, with no mention of the word “insurance,” the ad targets customers in the “convert” segment of their funnel. Progressive targeted those that want to get more insights on the marketplace, and they do so in a concise, yet humorous way. The ad isn’t as highly-targeted as Progressive’s was, instead capitalizing on trending topics and riding the coattails of what people were already talking about. The meme-like look of the image also helps in catching people’s attention. In taking inspiration from the raw look of this ad, just make sure your images are of optimal sizes.

This simple approach resulted in their cost per install reduced by 30% compared to other mobile channels, as well as 34% more app registrations per install compared to their average. This shows how being on the ball and capitalizing on real-time events can pay dividends – you can even get more followers in the process. Twitter advertisements aren’t only for direct selling, they’re also great for building brand awareness, as Hootsuite does in the above by offering a free webinar. As a B2B company, Hootsuite understands that providing high-value content to their target – digital marketers – will not only build trust, it allows them to get quality leads as well. So whether it’s a webinar, or a free ebook on how to make an eCommerce app, providing valuable content always helps.

If you find that your direct selling ads aren’t quite performing, try this alternative approach instead.

At its core, Twitter’s transparency and marketing tools may have been designed for the benefit of its users, but as you saw above, there are a number of ways marketers can use it to their advantage as well. This is one of the rare platform updates that wound up helping both the public and brands.

How are your Twitter ads performing? Do you think the ATC can help you improve on them? Sound off in the comments section. 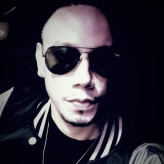 Aaron Chichioco is the chief content officer (CCO) and one of the web designers of Design Doxa. His expertise includes not only limited to web/mobile design and development, but digital marketing, eCommerce strategy and business/brand management tactics as well. For more information about Aaron, visit http://designdoxa.com/about-us/.

Previous ArticleWalmart Bans Sale of E-Cigarettes
Next ArticleCollaboration as a Tactic in Negotiations
THE Skinny
Socialnomics Trends December 5, 2021