Dancing Into the Future, Social Media and Start-Ups, The Perfect Partners

Dancing Into the Future, Social Media and Start-Ups, The Perfect Partners

Social media has changed our lives forever. Some continue to reject social media, refusing to become one of the sheep, but you just can’t avoid it. When was the last time you saw an ad of any kind that didn’t have at least the company’s Facebook address on it, or the Twitter account, or a hash tag of some kind? Let’s face it, social media is changing our world in all kinds of ways.

In hard numbers they add a lot to the economy a force to be reckoned with. A 2014 study commissioned by Facebook and done by Deloite suggests that Facebook alone contributes almost $150 billion the directly to the global economy, and when you add the peripheral s, it nears $227 billion. The study also suggests that the social media giant has created 4.5 million jobs. Most don’t come directly from the social media giant, but from the spin-offs the entire social media industry has created. Facebook only employs 8,000 people world-wide. However, because social media has become such a powerful force marketing and advertising, completely new positions have been created to fit the need. Twitter, Instagram, and the list continues to grow, become a necessity to any company’s marketing programs.

Global spending on social media marketing is dancing around $24 billion. No matter how you slice it, that ain’t chump change.

Positions such as social media manager/director, social media marketer, social media designer, app designer, etc, have been born in the last decade as a result of social media. These days, there a lot of high-paying jobs for people who can make the company a lot of money via social media. And you don’t necessarily need a college degree for that either. It’s such a new field that only a few colleges have even thought about offering such degrees. (Rutgers University will gladly charge you $4,995 for a nine class course in social media marketing.) While you need some education, it doesn’t have to be expensive. Hands-on learning is the best kind.

One of the great things about all this is the way it allows businesses to target their audiences more, therefore giving them more bang for their advertising buck, and helping them keep their costs down. That was one of the good things that came out of the 2008 recession. It forced companies to be more effective with their advertising dollars.

And that’s great news especially for start-up companies. Even start-ups with really deep pockets keep an eye on their marketing costs, careful to target just the right audience to get the best and fastest returns when they come roaring out of the gate.

We all know that start-ups are the seedbed of the great things that can change lives. Microsoft, Disney, Ford, Facebook, Ted Thomas Tax Liens and a hundreds and thousands of other companies that affect us daily all began life as baby companies, aka, start-ups.

In fact, in some quarters, start-ups are replacing resumes, allowing real-life experience to speak for itself. These start-ups are also giving younger workers and laid off workers the chance to start , or restart , their careers. And the more start-ups there are, the better it is for the economy. After all, small businesses employ 30% America’s economy.

Writers (essentially a one-man start-up operation) are an especially fertile ground for using social media. Larry Correia, NYT Bestselling author of the Monster Hunter series, Grimnoir and other books actually began his writing career using social media. The first book of the Monster Hunter series began on a blog and was passed around to his fans eventually making it to an editor at Baen Books, which offered him a publishing contract.

Another NYT Bestselling Author, David Farland (real name David Wolverton) wrote in his weekly email news letter over a year ago about writers rings. A writers ring is where a group of four or five authors agree to promote each other’s work on their own websites, and via their social media outlets such as Facebook and Twitter. The group he wrote about were indie (i.e. not represented by a major publishing house) romance writers who cross promoted each other’s work. The ladies in question were each pulling in about $100,000 a month.

In one newsletter, Farland invited author Doug Dandridge to writer. Dandridge sold 100,000 books on Amazon, using social media. That’s enough to put him on anyone’s bestseller list. He outlines it in his book, put the key point for Dandridge’s strategy was using Twitter and a blog to promote his books.

The marriage of social media and start-up companies is one of the best things to come down the pike for entrepreneurs in the last fifty years. Now big dreamers don’t need big bucks to make it real, and more small business is always good for the economy, no matter where you live. 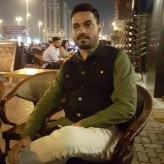 I love Tech authors, publishing, and talking incessantly about them. My passion is partnering with authors to bring worthwhile content to publication. I started Faizan4it.com for guest posting services to promote content. Our mission is target only serious audience to gain informative material through our published work. Get in touch for more info.