Netflix show House of Cards was one of the first political dramas to acknowledge social media as an ingredient in the mixture of public opinion. “These days, when you’re talking to one person, you’re talking to 1,000,” said plucky (read millennial) character Zoe Barnes as she posted an angry tweet during a particularly tense episode.

The truth in Zoe’s statement has only intensified since the episode aired in 2014. People offer opinions about everything on social media – including your brand. And, good or bad, you should be tuning in.

What is social listening?

Social listening is more like social filtering. The majority of social listening platforms allow a user to pare down the constant stream of tweets and updates to reflect specific keywords. The most basic example of a social listening tool is a Twitter list. Other software dedicated to social listening offer platforms with more robust tracking. This comes as no surprise, since most brands rely on software of some kind to activate and track marketing activities.

The problem, however, lies in what happens before your data is delivered. If you are relying solely on your social listening platform’s algorithm alone, you’re only getting half the story. While technology has replaced many activities that humans traditionally used to do by hand, it still has its limitations.

No matter the detail of your Boolean search terms, computers still have a hard time deciphering some of the nuances of human communication. Most social listening platforms are deaf to figures of speech like witticisms, sarcasm and double negatives. Also, they say a picture is worth a thousand words, and social listening tools are deaf to to every single one. Tweets bearing images or GIFs with captions are, in most cases, taken out of context without one another. In order to decipher underlying sentiment, an actual human with common sense and a basic knowledge of slang is required. Without a human analyst working behind the scenes to separate “relevant” from “ridiculous,” you’ll spend more time digging through your results than building from them.

Don’t lend an ear to trolls

With any privilege comes a group of people who purposefully set out to ruin things for everyone else. Trolls are people who post negatively with the intent of stirring up a reaction from the rest of the Twittersphere. These “frequent tweeters” will often post the same message over and over to gain visibility. Because social listening tools cannot differentiate between trolls and the average happy-go-lucky Twitter user, results often skew when a troll has inserted him or herself into a conversation.

No safety in numbers

Just because a negative keyword sees a high volume of Twitter conversation doesn’t always mean that people are jumping on the bandwagon to burn your brand using a hashtag as a torch. The #boycottBudweiser hashtag following the beer brand’s controversial Super Bowl commercial is a recent example of this phenomenon. As the hashtag reached Twitter trending status, no doubt Bud execs were wringing their hands in anxiety. However, upon closer look, analysts found that 85% of Budweiser’s Super Bowl related Twitter conversation was positive, and a mere 4% of their tweets actually mentioned the word “boycott.” In fact, 24% of boycott mentions and reactions were in reference to opposition of the boycott and often stemmed from social users poking fun at those who were participating. Traditional social listening tools would have a hard time grading sentiment to this level of exactness, since, for Budweiser, it would appear that any mention of a boycott would be seen as negative.

Who is doing the talking?

Traditional social listening tools fail to perform for the audience – in more ways than one. Social listening dashboards tend to come at audience insights from a speed dating approach. They listen to a few sentences of conversation and then move on to the next person. These tools tend to focus more on what is being said rather than who is saying it. Social media allows marketers to get to know audiences with psychographic and behavioral analytics. What movies does your audience watch? What brands of shoes do they like to wear? Are they in college or over the age of 50? These “getting-to-know you” insights are valuable for brands constructing audience personas. Social listening tools don’t really let go beyond what someone has to say about your brand.

If you’re looking for a social listening tool that will sift through data, eliminate trolls, accurately grade sentiment and help you get to know your audience better, keep in mind that choosing a platform that uses human analysts along with a software technology is the best way to go. After all, you don’t want the one person talking to thousands on your brand’s behalf to fall on deaf ears, do you? 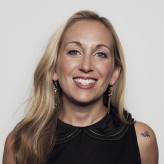 Previous Article4 Tricks To Enhance Your SEO Practice
Next ArticleTips To Help Your Company Recruit The Best Talent
THE Skinny
Socialnomics Trends October 1, 2022