Do you know what this emoji means? No? How about the term “maybe she snapped”?

You won’t understand that either unless you’re familiar with Stans.

Lost? No one could blame you.

Anyone who’s not a regular on Twitter might think this is a completely different language. And to an extent —they’re right. Twitter has an entire ecosystem of memes, quips and phrases that are fairly distinguishable from anything we use in daily conversations. People on the app are communicating in an innovative and minimalistic way and it’s time for marketers to take note.

Two years ago, the Oxford English Dictionary publicly appealed to Zoomers on Twitter to help them understand modern slang. This was done in a bid to incorporate new words into the dictionary.

How sick* is the OED? Deliver a rejuvenating dose by contributing a word to our latest appeal, this time focusing on the language of children and the youth. We could do with some help. Bare help. #YouthSlangAppeal

Marketers need to realize how communication is evolving and more so, where this evolution is taking place. Not only would this help in staying a step ahead, but allow them to connect with a young audience.

Take Starbucks for example– Being up to speed on Twitter lingo and prevailing memes has its perks. Using the right language is just as vital as selecting appropriate color schemes for your brand, it plays a vital role in crafting an impactful identity.

“Speak to the customers in their own words and you will catch their attention,” says Alex Reynolds of EMUCoupon. “Even if we’re promoting extremely generous discount codes, we see better results when the language used is fresh and trendy.”

So with that in mind, here are eight popular phrases, words and terminologies from Twitter you should know about.

This one is what you call an ‘emoji phrase’ —where multiple emojis are combined to form an expression. It became extremely popular back in March, which confused even the most pop-culture savvy users.

Two fingers touching together represents shyness. As if one is twiddling their fingers in nervousness. It’s often paired with the ‘pleading face’ emoji to depict that you’re extra shy.

Usually, when someone snaps they lose control of their emotions or lash out. But on Twitter, the word has taken a whole new meaning. You will find many Tweets like these, especially by K-Pop fans.

So what’s going on here? It’s a still picture and the girl here looks fairly calm. Well, this is where this terminology gets interesting.

Fandoms usually use “maybe xxxx snapped” as a compliment. Here, it means “she just did THAT.”

Stans are crazed fans. The term comes from Eminem’s 2000 single, which depicts a fan of the same name going to extreme lengths to get the singer’s attention. According to Bustle, the word might be a portmanteau of ‘stalker’ and ‘fan’.

In any case, stans are extremely dedicated individuals who spare no effort while promoting their favorite artists. Their obsessions with K-Pop idols, teen heartthrobs and Hollywood actors have earned them a controversial reputation on the internet.

Interestingly, stans churn out most of the terminologies you will read in this article.

You know now what stans are, so it’s only appropriate we talk about the antis next. Antis are haters of a particular music group or a celebrity. This means stans of the K-Pop band BTS are always up in arms against the anti-BTS crowd.

Antis are (excuse me) anti-stans. They are evil twins of all-loving and all-appreciative stans.

While they spend most of the day there, Twitter users don’t necessarily take the platform seriously. “Bird App” is an alternative name given to this social media site.

99% of my friends are on this bird app pic.twitter.com/K8qNTVW2fO

In a way, it’s a sarcastic term that is used to describe the insignificance of Twitter. At the end of the day, it’s nothing more than an application named after bird sounds.

The user here is alluding to how the bat in the bomb has a similar pose to the emoji she has used. But that’s quite an interesting way of saying this. ‘He/she/they said’ is used to draw comparisons like these and also point out how a celebrity is giving out a certain message.

Miss Grande slayed WBK but not only that , she said women empowerment pic.twitter.com/ngfQpV0nZD

This results in tweets such as ‘she said women rights’ & “he said XYZ.”

Best of luck explaining this to your grandmother.

This phrase was not born on Twitter. “Don’t let someone live in your head rent-free” is advice that goes back years. But being as crafty as they are, folks on the bird app have given it a little twist.

THE WAY THIS SCENE LIVES IN MY HEAD RENT-FREE
😫🥰#Stabi #Days pic.twitter.com/5gLPhYM1qy

Now, it’s not just people but moments from TV shows, movies and videos that are finding real estate in Twitter users’ minds without giving any regular payment.

8.  Louder for Those in the Back

Gone are the days when you would just simply agree with someone. On Twitter at least, the way of saying, “you’re absolutely right” is now “louder for those in the back.”

It’s pretty self-explanatory. The person quoting the tweet here is asking the original poster to speak up so more people would hear him.

Of course, this doesn’t cover even 10% of the terminologies that have developed on the popular social media platform. Twitter lingo is too vast and new phrases are born almost every day.

But it does give you a fair idea of how Twitter is transforming English language and communication as a whole. With that, you’re also now armed with hip terms to use in your next social media marketing campaign. 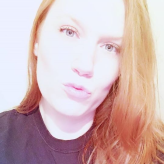 I write about marketing, technology and marriage of two in the digital environment. Currently working as an editor at Namobot.

Previous ArticleHow Much Can Growing Startups Expect To Pay for Insurance
Next ArticleHow Your Cell Phone Can Be Your Business' Greatest Ally
THE Skinny
Socialnomics Trends October 1, 2022