The internet of things (IoT) is growing at a rapid pace, with experts predicting that 75 billion IoT devices will be connected to the web by 2025. That’s an increase of 44 billion from 2020. The ‘Internet of things’ is defining how we live, as well as how we work. What is The ‘Internet of Things’?

The IoT is an ecosystem of smart devices that can access the internet and communicate with one another. IoT has benefited companies across all sectors, and revolutionized the way we work. Nowadays, retailers connect with users over the internet via online store platforms while IoT apps can help businesses when it comes to inventory management optimization.

The lower costs of broadband mean there’s more of everything, device-wise, from mobile phones and coffee makers to parking meters. The IoT is creating a brave new world that’s dynamic and reactive.

There are several types of IoT systems, which are there to make various processes easier. These include:

The IoT Must be Aligned With User Experience (UX)

There can’t be big leaps in progress and productivity without a simultaneous growth in the user experience (UX).

For IoT to reach its potential and sustain its rapid growth, it must become integrated into the entire computing world. To expand further, IoT needs to attract users to adopt the new technology. That can only happen by making their experience across all platforms as omnichannel and seamless as possible.

The problem is how to blend user experience design with an increasing number of IoT devices.

In this post we’ll look at five principal challenges that arise when attempting to integrate UX design into IoT – with some recommendations on how to overcome them.

IoT, by its very nature, involves numerous and diverse interfaces. From a ‘smart’ coffee machine manufactured by one company to an IoT application that powers an online store builder. The two interfaces will be dissimilar and are unlikely to be integrated.

Ideally, however, an office manager should be able to see the entire range of IoT office solutions via one user interface. And from any device, be it a smartphone, laptop, or on-site screen.

To get a full picture of operations of efficiencies and costs it would be helpful to be able to access real-time multiple data sets to see how the office is operating. With the deployment of a vast number of devices it’s crucial to have a way to organize them and troubleshoot issues, as well as operate them remotely.

A future IoT world would offer a  ‘unification of feel’ of data across all devices. That way, interfaces on all apps, handheld devices, or PCs would have the same appearance.

Companies already have access to IoT device management systems to help them manage IoT devices at scale (example below). Hardware developers are focused on technical specifications and requirements. They’re not on the same page as interface designers who are driven by the appearance and usability of the tech. It’s a case of productivity vs usability.

UX designers rarely get involved in the technical specs of phones or other hardware in common use by consumers. IoT technology is driven by specs, software compatibility, and costs – at the detriment of the user experience. Which is a problem, because the hardware plays a big part in the user’s experience.

This problem can be solved by getting user interface designers involved in the technical development process. UX/UI designers must be able to have their input involved at the initial stages so that users can understand the hardware.

Onboarding is Often Difficult For Users

Introducing new technical systems to users is the first, and often most difficult step. When it comes to multi-device interaction, users often need to set up repeated authentications, with gateway processes that differ depending on the device.

While consumers love the technology behind the IoT – who wouldn’t love smart ovens that can program themselves? – setting up these types of devices can be laborious . Even for those savvy about technology. And the process is often more difficult in manufacturing and industry.

There’s often a need to switch to other systems, such as Gmail for verification purposes. There is some movement towards simplified onboarding in the form of authentication via code verification as opposed to passwords. Use of IoT systems, however, still often requires users to switch devices, e.g. from an iPhone or embedded software to set up authentication. Having to go through multiple processes on multiple devices to set up a home security system from a PC, phone, or iPad is frustrating for users. They want to be able to access that system on all these devices, but the time spent on setup often puts people off.

Simplification of the onboarding process is crucial for the development of IoT applications.  Employers need to set up onboarding so that everyone can quickly set up an IoT device. They should be able to quickly and easily connect their VoIP softphone to office equipment, like a PC or smart phone, to remain productive on the go.

A Lack of Personalization

Personalization isn’t a new trend. in fact, it has become mandatory for modern tech. Digital tools learn from a user’s behaviors and start to recognize patterns so they can deliver a more refined experience to users- this is referred to as behavioral biometrics. They work by using data as fuel.

The IoT also excels with data.

While devices can collect and feedback individually, there’s often a lack of connectivity between them. This can lead to a disjointed personal experience for a user, as they must flip back and forth between two applications rather than having the new data integrate into one user experience.

UX across IoT systems must be used to increase personalization in the same way as connected devices. The advancement of personalization in IoT requires the continued adoption of artificial intelligence (AI) and augmented reality (AR). 5 Humans Are Naturally Suspicious About Machines

Installing an IoT system into a home or office doesn’t only draw incredulity in terms of what the new app can deliver. The new technology also sometimes arouses consternation. Sometimes users distrust the underlying data.

This is especially true of employees working in a sensitive industry or environment such as a nuclear power plant or the defence sector. Or when accurate monitoring of data is critical, as in the case of natural phenomena like volcanoes or earthquakes.

It’s easy to see why trusting the numbers on a smartphone’s dashboard in these types of situations can be difficult for employees. Having the right or wrong data could be the difference between life and death.

Employees can also be distrustful of new systems in less risky sectors like human resources. They can see, for example, HR hiring software, as lacking ‘the human touch’ critical to success when recruiting.

For this reason, UX designers need to build trust into the equation. One way to do this is to provide regular updates that explain what the device is doing in user-friendly terms. Users should have access to articles and demos as part of an accompanying app. App content should help users understand the concepts behind the device – rather than see it as an alien entity.

The IoT is holding the world together by enabling workers to perform vital tasks without the need for a physical presence and providing more freedom and creativity when working remotely. The internet of things is shaping the future of business and industry, from managing remote workers to production workflows.

It’s anticipated that growth of IoT in this area will outpace that of IoT in the home environment.

In order for the technology to grow in a domestic environment, devices and mobile apps will have to be relatable in the same way that phones or social media sites are at the moment. Interface and UX designers must play a greater role so they can guide IoT development and ensure users are top of mind right from the start. 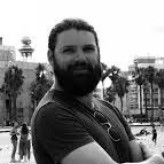 Sam O’Brien - RingCentral UK Sam O'Brien is the Senior Website Optimisation & User Experience Manager for EMEA at RingCentral, a Global VoIP . and Call Centre software provider. Sam has a passion for innovation and loves exploring ways to collaborate more with dispersed teams. He has written for websites such as G2 and ClicData. Here is his LinkedIn.