Industries That IoT Will Disrupt

Industries That IoT Will Disrupt

To many of us, IoT is still a queer term to comprehend and people feel alien to it. However, we don’t realize that it is not a new concept, even if the term may feel like it. You will be surprised to know that we have been using IoT for more than a decade now. Do you wonder how? Well, you know Automated Teller Machines (ATM)? Since 1970, these ATMs went online and became one of the earliest examples of IoT.

According to Morgan Stanley’s estimation via BI Intelligence, we will be surrounded by around 75 billion IoT devices by 2020. This is thrice the amount of the current population, meaning that a single person will have at least 7 active IoT devices.

Since the increased popularity and IoTs integration with new technology, its uses have been multiplied. Every possible industry you can think of is involved heavily with IoT, and it is this rigorous acceptance of it that has made it an indispensable part of our human ways.

However, there are still some sectors in the industry that are the latecomers in participating with this technology. Well, better late than ever, right? Nevertheless, there is still a long way for these industries to go in utilizing IoT to its full potential. Let us look at how IoT has proved itself useful and has disrupted these industries to a great magnitude. Healthcare is one of the recent recipients of the benefits of IoT. The changes are realized by users in many ways. To explain it more plainly, you now do not have to stand in line for hours at hospitals just to get your check-up done. With the help of IoT integrate with wearables, you can keep yourself updated with your daily health status. Moreover, you can measure your blood sugar levels, cholesterol levels, calories burned in a day, and whatnot. Well, we know that Construction work is a hard nut to crack, so it would do immense good if some load can be lifted. Keeping the need for change in mind, developers had created several remarkably useful mobile apps and each caters to a certain need and performs functions accordingly.

For example, equipment owners can keep track of fuel consumption, working machine-hours, idle time, and more. This active observation method helps the construction companies to eliminate the overheating problem of machines as some apps can also measure the fluid temperature and engine load. This will ensure the durability of machinery, which will cut down the maintenance cost as well.

Keeping track of inventory is also made possible by IoT app development. Additionally, contractors can also perform comparisons between similar projects and estimate which is more profitable. Real Estate has always been an active industry, and now with the help of IoT, it is booming even more. With the direct line of communication between buyer and seller, the need for a broker is no more is eliminated. Moreover, because of Real Estate app development, buyers can see numerous properties from anywhere, without ever going through the pain of traveling, go through the features of a house, and also select your purpose, i.e., for renting, buying, etc. It also widens the scope of buyers. Additionally, you have easy access to customer feedback, which makes your services better. Agriculture may be a late recipient of the IoT technology, but they are utilizing it in every way possible. With the IoT devices connected to the internet and present in harvesting machines, it enables the driver to gather information about the crop output without any hassle. Now, crops can also be monitored closely to eliminate any possible or unpredictable harm.

It is estimated that the number of IoT devices installed on farms will increase from 30 million to 75 million by the year 2020. IoT helps the Energy industry in several ways. One of the ways is the data aggregation of energy industries, which means more efficient energy usage. IoT assists in detecting energy leakage be it gas or electric.

Previously, we would have to wait for a shipment for even months. However, since the advent of IoT in the supply chain, the shipping process has become more governed for the better. IoT integrated with the blockchain helps the supply chain in creating real-time validation of shipping points on a ledger.

For the foreseeable future, there is no full stop in the growth and popularity of IoT. This statement can be validated by the fact that the IoT market will increase from $170 Billion from 2017 to $560 billion in 2022. 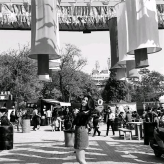 Hello, My name is Ria Katiyar and I’m a React Native Developer at Appinventiv, which is a Web and Mobile App Development company in USA. I have contributed to designing and developing of mobile applications for businesses of all sizes and from all the backgrounds across the globe, including Real Estate, Healthcare, Entertainment, Social Media, On-demand, e-Scooter, Retail, Finance, Travel, and Enterprise. I specialize in building apps using Objective-C, Swift, React Native and various other programming languages and technologies and strive to craft the finest, innovative and futuristic mobile solutions for the startups and established brands. Besides, I’m a coffee lover and a traveler who loves to explore every corner of the world and get inspiration from God’s creations. To know more about me or see how I can help you, connect me on LinkedIn or Twitter.

Previous Article10 Mobile Apps to Organize Your Work
Next ArticleUse Social Media to Win Your Next Trade Show
THE Skinny
Socialnomics Trends December 5, 2021