It’s difficult to believe that e-sports has been around for as long as it has. In fact, we can trace e-sports back to the early 70s when a group of university students gathered for a game of Spacewar. Since then, the industry has expanded. Initially, growth was slow, but last decade has seen a great boom in the industry.

This boom was accompanied by an entirely new world of digital marketing in e-sports. This industry needed to be garnered and harnessed as people like Tyler ‘Ninja’ Blevins became household names. Recent years have seen e-sports and digital gaming sponsorships move from industry names like Razer and SteelSeries to more commercial brands.

Games like League of Legends enjoy sponsorships from companies such as Adidas, Mountain Dew and Vodafone. Whereas companies like Mercedes-Benz and Audi sponsor tournaments and teams.

Observing McKinsey studies will show what, and who you are catering to when you’re looking at your digital strategies for e-sports. In the US alone, there are over 21 million e-sports fans, largely dominated by males under the age of 35. 10 Percent of these fans watch over 20 hours per week of the professional players.

These numbers are in contrast to the numbers in the US that play video games. Studies show that there are over 211 million active gamers, with only 37 percent playing competitive video games.

It is important to differentiate between those who watch e-sports or are competitive players and those who are casual players. Aside from knowing the gamers, it’s important to understand the games, as there are over 30 different titles across e-sports leagues.

Information about the market is important for e-sports marketing. For example, someone who spends 10 hours a week playing a game like ‘Counter-Strike: Global Offensive’ may enter online tournaments and watch his favourite streamer. Another player spends the same time playing in ‘Minecraft Creative mode’ and watching his favourite streamer. These two players will have different wants and needs.

On the surface, they both look like gamers, but one is into e-sports and the other is into gaming. These two different users will have varying responses to digital marketing for e-sports and gaming.

With that in mind, it’s of fundamental importance that strategy is adhered to through an appropriate medium and displayed to the right people. Here’s how you can get started with that:

Advertising through a banner on a popular medium is one of the cheapest and most effective ways to conduct digital marketing for e-sports. When you’re marketing an e-sports brand, you need to speak to the right people.  Having an advertisement played during the break of a popular final game at a tournament is a good move.

Additionally, digital marketing strategies for e-sports companies will often highlight new peripherals. This includes items such as a mouse or a new keyboard, that can resonate with the audience as it has an added feature that caters to their market.

A route that other digital marketing companies may take in e-sports is to attach themselves to a team. When you have a tournament as large as The International for Dota 2, and you happen to be a back-to-back, two-time winner like OG, teaming up with Red Bull is a real winning strategy.

It can almost compare to sponsoring a team from a traditional sport. Despite the initial investment being slightly larger, the impact generated will last far longer. When people think of OG now, they also think of Red Bull since they were the team’s headline sponsor. When your logo and brand is seen by over a million concurrent viewers, it’s money well spent.

Partnership seems to be a digital strategy that a lot of companies are jumping onto right now. The trick to finding the right e-sports marketing strategy through partnership is to find the right influencer or streamer.

Paying for someone with thousands of subscribers might be a little too drastic to start with. By delving deeper into the specific games and genres you might reveal a diamond in the rough. Someone who is deeply respected within the community, is happy to promote your brand, and also has a reasonably sized following.

Again, be sure to latch onto the e-sports influencers or streamers, rather than the general popular gaming ones. Speaking to your market is important. You’re unlikely to see the same results sponsoring someone playing Super Mario Maker 2 over someone playing Overwatch.

The connection that you want to build with your consumers is one that is based on trust and honesty. The e-sports community, and gamers in general, are incredibly vocal and have a fair amount of power. They’ll tell you when you’ve done something wrong, and usually if everything is going right, you won’t receive as much feedback.

We all remember the Sonic the Hedgehog movie… Choosing the right partnership or sponsorship and attaching a brand that resonates will net you far more popularity than trying to go for the best in every category. Do your research!

Another important thing to remember is that digital marketing in e-sports and gaming today is still new to everyone. It’s been around for a long time, but has only recently exploded with the likes of Twitch, Mixer and YouTube Gaming. Viewership changes, companies come and go, as do the games, but the one thing that remains true is the fans. 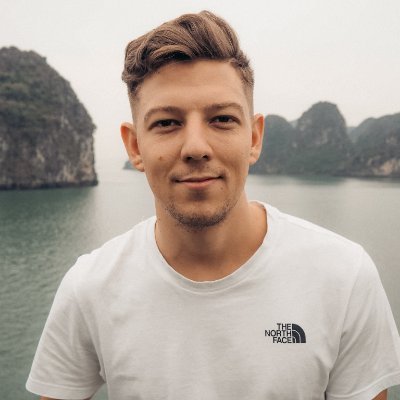 Aron Frost is the lead SEO for First Page Digital in Hong Kong. First Page implements SEO, PPC, and Social campaigns for businesses across Asia. His responsibilities include owning all deliverables for the SEO projects. He oversees the team and their ability to carry out keyword research, content and technical optimisations, and time management. He is passionate about analytics, UX, and search, with over 4 years of agency experience. In his spare time, you can find him hiking in the outdoors, or writing on his blog.