In 2015, Juul spent over a million dollars on branding campaigns to give vaping a cool image. These campaigns, which seemed to target youth specifically, have also attracted the attention of the FDA.

In mid-2019, Juul CEO Kevin Burns spoke with a media correspondent during the making of a documentary about the matter. Burns expressed his regret for his company’s role in the nation’s teen vaping epidemic. Nearly half a year later, the company has introduced technology in its effort to serve as part of the solution – rather than the problem.

Already, Juul has pulled its social media advertising, blamed for enticing teens with portrayals of fruity-flavored vape products. Nevertheless, a new generation faces the threat of health risks created by addiction to nicotine – albeit in a new form.

In response to public backlash, Juul has developed technology that may help mitigate the current American vaping scourge.

Drug use studies show that the uptake of vaping among teens is the largest recorded for any substance. Most vaping products contain nicotine, making use of vape products a severe health issue. A 2017 study reveals vape use among teens as follows:

Even worse, the research shows a quantifiable correlation between vaping and cigarette use.

When introduced, manufacturers promised consumers that vaping can help them quit smoking. A Yale study, however, reveals just the opposite. Furthermore, the study shows that vaping poses the same health risks as cigarette smoking – if not more.

Researchers have found that vape products contain toxic chemicals, even if they don’t contain flavoring or nicotine. During the same study, scientists discovered that many teens use vape cigarettes to hide the smell of marijuana.

The FDA ads, express the watchdogs, fall short because most teens fail to witness peers transition from vaping to cigarette smoking. As a result, some health experts believe that the FDA’s recent scare tactic ads won’t deter teens from trying vaping.

Nevertheless, studies show that teens who vape are more likely to smoke cigarettes. However, the same study reveals that if parents or other authority figures can show teens a real correlation between vaping and smoking, they are less likely to vape.

In late 2018, the FDA launched a new series of ads that don’t try to scare kids out of vaping, but it does present them with facts. Health advocates believe that these ads may prove more useful for curbing teen vaping. Only time will tell.

Juul Pitches in to Help, but Will It Work?

Juul is one of the largest manufacturers and retailers of e-cigarettes in the United States. Critics of the company posit that Juul’s marketing tactics deliberately lured teens into nicotine addiction. Many of those teens cite the critics, have ended up hospitalized.

In Juul’s latest attempt to atone for its role in the team vaping epidemic, the company has introduced the Juul C1. The vape manufacturer initially tested the Juul C1 device in Canada, and it’s now for sale in the United Kingdom.

The internet-connected e-cigarette features facial recognition and requires users to go through an involved age verification process. Consumers must submit to third-party verification and provide a photo ID to complete the registration.

The C1 also connects to consumers’ smartphones, enabling them to track their vaping usage. Via a smartphone app, the C1 tracks daily puffs and features an auto-lock option that prevents the use of the device when it’s out of range of the handset.

In the future, Juul officials report that they plan to launch a “geofencing” feature which will prevent the device from working in public areas and school grounds.

Due to wildly successful advertisements, vape manufacturers have managed to attract the patronage of 43% of middle to high school grade children. Today, vaping has joined the ranks of other pressing issues that threaten the well-being of youth.

According to research, vape products are not nearly as innocuous as presented by manufacturers. It’s important that caregivers, educators, and parents understand the dangers of vaping.

It’s also essential that parents understand that they cannot force teens to stop vaping. However, they can make sure that their kids know the facts about vaping and trust that teens will make the right decision. 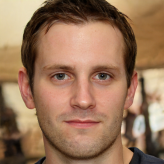