Safe Driving: Multitasking Is Deadlier Than You Think

Safe Driving: Multitasking Is Deadlier Than You Think

We all have many things to do. And with our life running faster than ever before, we can’t help but multitask sometimes. Although people around us convince us to do more than one task at a time to keep up with our fast-paced lifestyles, science has a different story to tell.

Eating lunch, answering calls, typing messages or emails while driving is what many of us do. How can we not? Well, before we discuss road laws or implications of the law, let’s check what science says about multitasking.

According to scientists, the human brain is not designed to perform multiple tasks at a time. And when forced to do many tasks at once, the brain can lose focus on all of them, missing crucial details. This statement applies perfectly to driving.

Yes. According to CNN, even simple activities while driving, like listening to songs, can reduce your focus by 37%. While multitasking in some cases might result is smaller mishaps, high-focus tasks like driving might prove deadly.

Common Types of Multitasking while Driving

There are many types of tasks people are guilty of doing while driving. Here are a few:

While other causes are detrimental as well, the use of mobile phones has caused a wide number of accidents in recent times. Any car accident lawyer in Baton Rouge will compare it to drunken driving due to the rising number of cases.

Why is Mobile Phone Distraction Notorious?

According to Stephen Babcock, a renowned car accident lawyer in Baton Rouge, using a cell phone behind the wheel, whether for texting or calling, is distracting and proves to be worse than other forms of multitasking scenarios. Distracted driving caused 192 deaths and 26,077 injuries from 2011 to 2015 in Louisiana, alone.

Cell phone use (i.e. texting) was the most common noted distraction among all the recorded cases. Drivers using a phone while driving typically do not second guess the harm it may cause. And the number of drivers using a phone during driving and getting into an accident is rising at an alarming rate.

The Times-Picayune published an article on their online platform NOLA.com which stated that more than half of all the crashes were caused by the use of a phone while driving. A study conducted by Cambridge Mobile Telematics shows that drives involving a crash, the average duration of distraction was 135 seconds.

National Safety Council also found that drivers are six times more likely to crash due to their phone. This has increased fatalities on U.S. roads by 14% since the year 2015 which is by far the highest in five decades.

What are the Penalties?

The state of Louisiana has penalized the use of social media or texting while driving due to the rising number of car accidents caused by cell phone distractions. First-time offenders are fined up to $500 for texting and using a cell phone while driving. This fine can go up to $1000 in case of additional violations.

In Louisiana, it is strictly prohibited for all underage drivers and new driving license holders to use any wireless communication devices while driving. These devices include all handheld and hands-free texting and calling devices.

The possible ticket consequences include:

So, we have discussed driving distractions caused by cell phone and its penalties. But the world is growing smaller and faster day by day. We have to keep up with it. How can you avoid car accidents and still stay connected? There are many apps available for both iOS and Android devices to help you drive safely without getting distracted.

Here are a few apps that can help keep your eyes on the road and cut down all distractions caused by your phone.

Cellcontrol is a preventive app and comes with a patented hardware device – DriveID. After you have downloaded the paid app and placed the device in your rearview mirror, it disables all calling/texting while the car is moving. The device and app are not interactive and tampering with its controls are difficult.

Available for both iOS and Android, this app allows parents or relatives to monitor your phone activity while driving. They can also send you a notification or disable apps to help you focus on driving.

Safe Drive App rewards safe driving. If you click on your phone, you lose a point. You can redeem the points you have earned to get discounts on products for various companies.

In the end, a car accident is way more than records figures and penalties. You might have to deal with court hearings, injuries, and other damaging consequences. When behind the wheelsafe driving app, you should focus on the road for the safety of yourself and others around you. 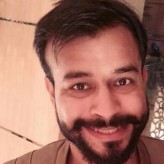 Deep Wadhwa is the Founder of LinkOceans.com. He has been in Digital Marketing for the last 6 years. Apart from work, he is a lyricist, guitarist, singer and is a sports freak.