Unless it’s your goal as a human being to avoid all forms of technological evolution, there’s a good chance you’ll become more aware of words like blockchain, Bitcoin, and Ethereum in the near future. These terms form the basis of the fascinating new world of cryptocurrency and the blockchain technology revolution. Expect almost every industry to be blindsided to some extent by the challenges and opportunities to improve the security, privacy, and confidentiality with which goods and service are delivered. One such industry we’re relatively certain will feel the coming effects sooner rather than later is marketing.

One of the obvious benefits of blockchain is that it redefines and/or removes the middleman from almost every equation. No longer will internet titans like Google and Facebook hold the keys to wealth unimagined just because they have the data. Consider a day in the future when a digital marketing agency can simply go all out on blockchain and collect precise demographical data they want for free. Better ad targeting. Less cost. Everybody wins except the old school digital behemoths.

Maybe you haven’t heard about crypto-mining malware? Now you have. It’s the latest permutation of hacker mischief that involves feeding you ads through a platform like YouTube and hijacking your computer processing resources to earn them money through mining.

As blockchain networks become more ubiquitous, the prospect of crypto identification cards will allow users more control over any personal information they allow to be released. In other words, collecting data the old-fashioned way – like Google and Facebook do it – may go by the wayside. Don’t be surprised if you start to see advertisers pay users directly in return for viewing ads.

How to Not be the Middleman

We mentioned already how the middle parts of the present marketing chain might go away, courtesy of blockchain. This does not bode well for those who make their living in that space. As the world becomes more decentralized, try to figure out how to be someone who provides a valuable service in light of this brave new world. Some recent examples are a new brand of an agency that seeks to “tokenize” the relationship between advertisers and consumers.

In other words, blockchain network users can earn credits through certain online behaviors like viewing an ad. Advertisers could pay to access those willing to earn credits in this manner. Okay, it’s actually still a middleman but one that embraces the new paradigm.

Did Your Ads Run? Who Knows?!

Marketers spend too much time and effort ensuring the ads they pay for actually run on the channel and at the appointed time. Sometimes, they are forced to take it on faith that the broadcaster/streamer they hire actually follows through. With transparency being one of the major benefits of blockchain technology, it should become easier for an agency to keep themselves from being defrauded. Don’t be surprised to see the rise of fraud verification companies who do nothing but browse the blockchain to inspect ad details.

Ad Rates and the Blockchain

A natural result of the previous point is that actual traffic numbers for each media channel will be easier to find and measure. Since the rates an agency pays to run an ad are determined by how many eyeballs end up seeing it or ears end up hearing it, accurate reporting is a very big deal. This will be yet another way blockchain technology could make the marketing industry more honest and efficient and a better environment in which to earn a living.

Consider the firehose of change that is heading our way thanks to blockchain technology. It’s going to be a fundamental shift in the way we use the internet. While we’ve pointed out some possibilities for the marketing industry, those in other lines of work could apply the same concepts to their own business model and realize that change is coming and it’s coming fast. 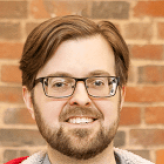 Gary Stevens is a full-time front-end developer and part-time blockchain geek. He currently lives in Toronto, Canada with his 2 boys.