If you want to be one step ahead of your competitors, you need to apply cutting-edge technologies in your business. Moreover, you need to start utilizing them before they become mainstream. A shining example is the much-hyped Blockchain technology. While most people mistakenly think that it can be used for payments with cryptocurrencies only, real groundbreakers develop working Blockchain applications and take advantage of using them. In this article, we’ll review some really useful applications for different business spheres.

What People Commonly Think about Blockchain

Numerous myths are circulating around Blockchain concepts. Let’s try to debunk some of the most common of them.

If you free your mind from these popular misconceptions and look at Blockchain from a new perspective, chances are you’ll find ways to apply it to your particular objectives.

How and Where Can Blockchain Be Applied?

Here are some possible ways to use this technology for enhancing business. These are just examples that can be modified according to the company’s specific goals.

The concept of smart contracts is not new, but before the era of Blockchain there were no real methods of efficient maintaining and managing these smart systems. The launch of Ethereum opened new horizons for major companies with a lot of counteragents. The distributed system lets process contracts immediately, track their terms and protect documents with a high level of reliability.

If you need space to store big data sets, Blockchain is for you. Take as an example Storj, which is a well-known cloud storage built around Blockchain technology and providing the services of a cheap and reliable data storage.

Digital identification is crucial for any online business, including both small and big companies, as frauds are quite a common phenomenon in the modern world. Identity authentication method used in Blockchain is based on the checking of the private key, not a usual password. It provides much more security and allows tracking digital identities more easily.

You may be surprised to hear it, but Blockchain can act as a very cheap notary system. It can be used for validation, certification or providing evidence of the existence of big blocks of data. And it is much cheaper than conventional notary services.

If you run a business in an e-commerce sphere, you probably launch loyalty programs or special campaigns with gifts and bonuses for customers. Here again, the blockchain helps to prevent frauds and issue unique customer easy-to-verify certificates.

IoT is often called a technology of the future, and it is obviously one of Blockchain’s future applications. Thanks to Blockchain, processing, sorting out and storage of personal data become decentralized, which makes the whole system cheaper and more effective, as there is no need for a central hub anymore. Moreover, it provides a higher level of data protection.

Blockchain has all chances to replace conventional supply chains software in the nearest future. It is much more resistant to the human factor, which can sometimes break the entire chain and cause major losses. In addition, it helps to minimize the costs of the supply channel maintenance and allows convenient tracking of deliveries.

As you see, Blockchain is an extremely promising technology, which can be effectively applied in various economic sectors. It is not just a fashion craze, but a brilliant new-gen solution, which can boost the efficiency of your business.

The Future of Blockchain

Some people tend to believe that the future of Blockchain technology is unclear. But it can now be said without a shadow of a doubt that it won’t fade away overnight. But there are certain spheres of activity where implementation of Blockchain solutions will be of special importance. Here are they.

Blockchain opens a lot of opportunities in all the spheres of life. Be the first to apply it in your business and outstrip your rivals until it’s too late. 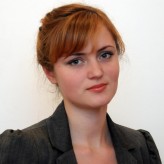 Nataliia Kharchenko is a Technical Writer at Cleveroad. It is web and mobile app development company in Ukraine. We are focused on helping startups, small, and medium businesses create competitive and winning software. I enjoy bringing a digital world closer to people and writing about technology, mobile apps, innovations, and progressive management models.

Previous ArticleWhat are Instagram Bots and Are they Safe to Use?
Next ArticleTop 7 Slot Machine Apps for Android
THE Skinny
Socialnomics Trends October 1, 2022