How Blockchain and Cryptocurrencies Will Transform the Startups in 2018

How Blockchain and Cryptocurrencies Will Transform the Startups in 2018

Blockchain and bitcoin cryptocurrency have taken over business headlines in the past several months. Influential technologists, serial entrepreneurs, and industry specialists have continued to research and give their views on the long-term implications and consequences of decentralized systems and cryptocurrencies. Although many commentators in this industry have predicted the next bubble, there are several actionable and robust cases where blockchain infrastructure can provide a utility that will have a significant impact on the business ecosystems of startups. For any tech professional who works to develop innovations for business or the founder of any company, this is the best time to invest in bitcoin and blockchain. In this article, we are going to highlight the ways through which cryptocurrencies and blockchain technology are going to have an impact on small businesses and startups in 2018.

Just like in the infant days of the internet world, blockchain technology is still in the very early days of development. Before blockchain goes mainstream and the masses can access it, there are still numerous components of this growing ecosphere that needs to be developed. Consequently, there are massive opportunities startups are presented with if they are willing to embrace cryptocurrencies and blockchain technology at their early stages of development. As a result, small business and startups that embrace these two promising technologies gain a significant advantage over their competitors who are reluctant in incorporating bitcoin and blockchain into their business operations. These startups will be capable of cultivating a firm blockchain community in time before space is saturated and crowded for any differentiation to happen. Since time is immemorial, when a business invests a considerable amount of time and resources at the early stages, it becomes easy to build a competitive advantage around its brand and products.

The replacement of antiquated systems with digital processes

As of today, most startups and small businesses have based their operations on antiquated infrastructure and legacy software. This incentive inflates the cost of doing business as traditional pen and paper business systems are very inconsistent and inefficient. Moreover, most of these critical processes are usually very manual which means that they are subject to the risks posed by human error. When a startup implements blockchain technology in its business operations, it has the chance to solve many issues that arise from the use of antiquated systems and conventional processes. One of the senior researchers in management and innovation from the University of Brighton, Paul Levy, says that one of the primary aspects of blockchain technology is the smart contract.

The smart contract is a code that is usually stored in the blockchain which executes automatically after specific conditions have been satisfied. Mr. Levy adds that it is more sensible to use bitcoin or any other form of cryptocurrency in business operations that have financial transactions. By the use of the combination of blockchain and bitcoin cryptocurrency, a business can ensure the automation of its operations and eliminate the likelihood of recourse to third parties such as financial institutions and banks. Startups and small businesses can leverage on blockchain infrastructure to reduce the need for intermediary parties which are sometimes very expensive.

The ability to secure business information

For all business enterprises, whether a startup, a small company, or a large corporation, cybersecurity is becoming a big concern so they can protect the integrity of vital company information from being compromised by third-parties. A recent survey that was conducted by Gartner concludes that the rise in cyber-attacks in the corporate world has raised the spending on systems security to the tune of $86.4B by the end of the 2017 financial year. Moreover, the worldwide spending on services and products for cybersecurity such as the Internet of Things (IoT) and automotive is expected to be more than $1 trillion by the end of 2022. It is without a doubt that cybersecurity has become a point of concern for firms that need to have their most critical business information secured.

Blockchain systems are likely to be the standard method for the storage and organization of company data due to their sterling security features. For instance, all the information that is stored in a blockchain ledger goes through automatic encryption using the latest and most secure methods of cryptography. 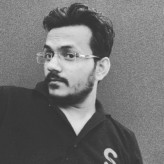 Sudhir Singh is a digital marketer at Markovate who loves to write about subjects that help small businesses grow their brands. He stays abreast of industry trends and news, making it easy for him to stay relevant. Also, enjoys meeting new people and welcomes you to engage with him on social media through Twitter and Google+.