What’s New in Marketing on YouTube: Tips You Need to Know for 2018

What’s New in Marketing on YouTube: Tips You Need to Know for 2018

This year, the video becomes the most popular form of online content. We watch and share videos that are short and long, cut and one-shot, live-streamed and reversed, looped and boomerang-ed. By 2020, video traffic will comprise about 79 percent of internet traffic worldwide. Video solves problems of virality, brand awareness, and user engagement. Even though Facebook, Instagram, and Snapchat have become riveting platforms for video marketing, YouTube maintains its leadership in everything regarding videos. Below you’ll find five practical tips on how to keep up with the YouTube trends in 2018.

In April 2017, YouTube changed its policy, and now you are required to have 1000 subscribers to stream live videos. That is why this year we’ll see more live videos than ever before. You can stream interviews or Q&A sessions with users; you can show the ongoings of backstage; tell breaking news, events, etc. Tubularinsights insists that whatever occasion you choose for going live, be sure you rehearse before streaming the whole thing. Besides, live video sessions require beforehand promotion. Otherwise, nobody will see your live video and your efforts will be in vain. Don’t forget to add in-stream call-to-actions, both visual and verbal, thus inspiring viewers to subscribe.

YouTube launched this feature in March 2015, but in the upcoming year, it will gain its full momentum. Imagine a real estate company, whose website allows you to take a walk around the apartment and see it form an all-around perspective. Or think of a travel agency that shows a destination place (a hotel and a terrain) in a 360º video. You will also enjoy full-round footage from a concert of your favorite band. That’s why this technology is so promising. In terms of marketing, the effect of the 360º feature depends on several factors. For instance, you should mind the targeted audience, because some age groups will interact with such videos better than others (iGeneration and Millennials will be excited, Y generation most likely won’t). Finally, make sure 360º videos correspond with your aims. According to ThinkWithGoogle, such videos don’t overperform standard ones on traditional metrics. However, the 360º feature inspires viewers to interact with the content more, people gladly share it and subscribe to the channel.

#3. AR and VR is not exotic online content anymore

Generational marketing advises us to keep pace with the audience, which is in raptures of VR and AR. Virtual reality videos went further than 360-degree ones — they added depth to the image. For VR videos, one creates a world, a fully-equipped environment, with all the details put in sight. Last year, eBay supported the first VR online shop, Ikea launched an app, virtually allowing you to put furniture in an apartment (or even a subway station). Marketers are expecting VR to become a part of routine advertising for a wide range of products: from retail to real estate.

Before you start working on 360-degree, VR or AR videos, read the Google manual for YouTube carefully.

YouTube is the second largest search engine after Google, so you cannot neglect SEO needs for promoting your video content. One of the search optimization instruments for video hosting is a hashtag. There are different types of hashtags in YouTube: branded, product, event, celebrity, community, etc. They indicate the type of video content and its thematic range, so be precise defining the hashtag cloud for your videos and add them to the description field while uploading the clip.

Over half of YouTube viewers are non-English speakers, so if you target different locations and age groups, you need to translate the content. Up until June 2017, YouTube had a localization service called Translation Marketplace where one could request transcripts from professional translators. However, this year, the service was removed due to low demand among content publishers. What are the available options for translation now?

For free, you can opt either for YouTube’s Community Contributors (CC), allowing users to offer better fit of translation for the videos. Another option is using an automated translation engine. However, you can’t control the quality of either of these features. So the only option left is to provide localization manually — to order professionally translated subtitles and voice-over in third-party services.

For the sake of SEO, don’t forget to translate metadata: title, description, and tags.

We are expecting changes both in the forms of video content and in the ways of its promotion. To catch the wave of the trends in 2018, you should make live streaming a part of your YouTube content plan; expand viewer experience of your product with 360-degree videos, VR, and AR. Also, don’t forget about SEM for promoting your videos: make your content hashtag-friendly and localized. 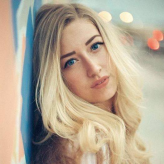 Donna Moores is an experienced blogger and content writer. She has gained marketing experience within the biggest industries and businesses, which she shares with the readers.