Crowdfunding is unlikely to replace traditional lenders or venture capitalists anytime soon, but it is already having an incredible leveling effect on who can successfully fund a project and begin a career as an entrepreneur.

Crowdfunding is rapidly becoming an important way for startups to raise capital, either for initial startup costs or for expansion. Crowdfunding offers a number of exciting benefits, particularly for those who traditionally struggle to find success in venture capitalist and lending crowds. But while crowdfunding can seem simple, there’s a lot that has to go on behind the scenes to make a project successful. It may seem like your project starts when you hit launch, but this is a recipe for failure. Long before you start your actual crowdfunding campaign, you should be creating a social media following, connecting with interested leads, finding out what interests people about your product, and tracking your data to know how to target paid placements.

When you start your campaign, you want to see a surge of donations; this will help your campaign gather important attention.

People respond to stories. They want to see a clear beginning, middle, and end to any kind of media they consume, and this includes your crowdfunding campaign. This is why your teachers taught you to use introductions and conclusions.

Your crowdfunding story should focus on the product, what it does, and how it’s going to change lives for the better. It should acknowledge your target audience while pushing the product towards the universal appeal.

Year after year, the amount of video consumed online increases. High-quality data networks are available in more and more places, and the percentage of the population that uses smartphones is also on the rise.

While professionally produced videos are superior in many ways, there’s no reason you can’t make a reasonably competent video with a smartphone and a basic tripod. Show your product in use, interview excited customers, and show your production team.

Benefits of crowdfunding are not strictly financial and one common mistake many new project designers make is to focus on the figures. They want to show that they’re good with money, that the customer or investor is going to be making the right choice with their cash. They show every step of their budget process, in great detail.

This is way too much for the type of investor that generally works with a crowdfunding website. Remember that you’re working with potential customers; they don’t want to see how the sausage gets made, they just want to know they can buy it.

Both before your project starts and once it’s up and running, it’s crucial to continue to communicate with journalists and your backers. Set a frequency of communication, whether it be weekly, every two weeks, or every month, and stick to the schedule.

Backers are often new at the crowdfunding game, and may not realize that there will be a wait while your project is completed and moves forward. Regular communication limits the frustration.

Don’t let your team be nameless and faceless. Even if the introduction is brief, create small bios, post pictures, or include your team in the promotional video. Letting backers know that there are people behind the screen helps them engage with and respond to your project. This makes it more likely that they will help fund the project.

As you prepare for and begin your campaign, it’s important to start tracking various data points around your project. Demographic data matters – how old are your backers, what sites were they last at before they came to yours, and so forth – so that you can work on targeting your marketing in those areas.

Data about what pledges are successful in which areas can help you decide to change your product development, or find a new way to reach out to people. It can help you better target your social media sharing so that your project has its best possible chance of finding the right audience.

The primary distinctions studied so far have been men and women, with women successfully funding far more campaigns than their male counterparts. People located in countries outside the U.S. and Europe are also finding a great deal of success in the crowdfunding marketplace while they have struggled to access funding in other areas.

Most experts agree that this dramatic difference is due to systematic bias against people other than white men in VC circles, which means that a great number of very good ideas are passed over. Crowdfunding has the ability to demonstrate that women, disabled people, people of color, and those who intersect on all of these identities, have the same ability to be entrepreneurs as white men do. 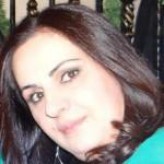 Margarita Hakobyan is an entrepreneur, wife and mother of two armed with an MBA from the University of Utah in International Studies and International Business. As an owner of several businesses she brings a wide range of education and experience including business strategy, business ethics and leadership. She is the CEO of MoversCorp and founder/publisher of Solopreneurs, online publication for solopreneurs and small business owners

Previous Article5 Interactive Content Types Social Media Marketers Must Use in 2018 (and Beyond)
Next ArticleObama Warns Against the Social Media Bubble
THE Skinny
Socialnomics Trends December 5, 2021