The number of apps in the App Store & Google Play is never stagnant. Thousands of apps keep entering the market with every passing minute as it has become more like a stock market. Some apps go to the graveyard and some become reborn with updates. An individual on average keeps 9 to 10 apps on his mobile device, which can amount up to 20 to 30. Are you aware of the number of existing apps in the stores? If yes, then the supply and demand are miles and miles away from each other. So what about the rest of the apps? It is said that within 90 days, 75% of apps gets uninstalled.

There’s a separate app for every function which takes space in your device, making it run slow and always low on memory. Many have encountered the situation of space trouble, especially individuals with heavy apps on an 8GB smartphone. There’s an app for everything, what about one that clears out other unused apps?

Building apps that don’t get uninstalled

To stay competitive and find your way to the top of the app store, you have to indulge into research and come up with apps that don’t get uninstalled so easily.

Keep your app low in size, both the download size and also the disc space size. Some apps even grow in size when users use them on a continuous basis such as Facebook and Google maps, which are constantly updating.

2) Focus on the device perspective of the users

Develop apps that need curtailed system resources both ROM and RAM. Create apps which can function smoothly along with other co-existing apps. A major part of a device is its memory capacity. There’s also a huge part occupied by the apps and OS which cannot be disabled. This will make installing and keeping heavy apps even more difficult. Users will normally sacrifice those apps instead of upgrading it to a better device.

3) Give what you said

When you advertise your app on the app store with all of those glittering features, you better know the price. Even if you grab users with these attractions, the functionality better be just as good. Under promising features are the biggest disappointment to users and they are going to spread the word that kills the app. 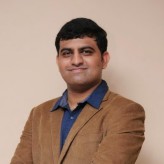 Previous Article4 SEO Facts You Didn't Know About
Next ArticleCan Your Business Survive a Disaster?
THE Skinny
Socialnomics Trends December 5, 2021