“That is a great idea, but I don’t think I need to meet her. Just get the job done.”

This was the response I got when I offered to connect one of my clients with an influential person, someone whose network could well turn out to be of great value.

I was shocked by his response. I’m thinking, “Why not?”

I understand my client to an extent. He is dedicated and has an enviable work ethic. He puts in his hours. All he wants to do is smash his deadlines and reach his goals, then return home to his family and have a good night’s rest.

But you are not that guy. You’re not normal. You’re ambitious; you don’t want to go home to catch a football game when there is still a lot to do. You’re looking to become a leader in your industry. You want to be influential. If you’re going to achieve that, you’ll have to open your mind and go beyond what’s obtainable. You’re going to need to develop your curiosity.

One problem I noticed with my client was lack of ambition. If you only consider what fits into your world, if you only care about doing things the ideal way, you’ll always be limited, and so will your impact. As a business person, one of your biggest skill sets should be your ability to see a pattern beyond the obvious. I am talking about the knack for a spectacular move, the ability to pull out something beyond the immediate while remaining ethical.

This is not just about networking. It is about the decisions you make within your business. Are you inclusive about the people you hire and choose to do business with? Are you making choices that break barriers set by disability, gender, religion, race and even sexual orientation? Do you work with diverse views and experiences?

Your business will do better, if you do better!

Let’s look at some facts

A Havard Business Review survey made across 20,000 publicly traded companies in 92 countries show that firms with women in top management positions make higher profit. That’s quite insightful when you consider that over half of the companies surveyed had no women in top executive positions. About 60% of the companies in the survey had no female board members and less than 5% had female executives. Another survey showed that companies with more women on the board significantly outdo their peers over a long period of time.

Even outside the corporate world, inclusive teams outperform their peers by 80% in team-based assessments. These teams are able to capitalize on the diversity of the individual people on the team.

Check this out, in a study of 450 businesses across the world, those who were inclusive had 13x more cash flow. What this means is that inclusion and diversity has to be embedded in your business strategy in a changing world.  This isn’t just something you type when you’re trying to create an impressive job ad. It’s a fundamental part of your business value system. All the evidence indicates that diversity and inclusion in all aspects of business produces significantly better performance. So why aren’t we a lot more inclusive in terms of diversity? Economic metrics are not to blame.

One reason is that it’s difficult to practice. We tend to gravitate to people who see things the way we see them. Like minds identify with each other. Human nature makes us question what is different. It’s uncomfortable to allow a variety of perspectives when you are only used to one way of thinking. It can be scary and risky, especially when the actions of a few can represent an entire group.

Everyone is not willing to go through the stress. Even business people, who live daily by testing their limits, can be unyielding. Subtle biases can lead to exclusion, a lot of people are not aware of their biases and their effects. Others people aren’t willing to subject their prejudices. But naturally what our cerebral cortex does is to unbiasedly test the unknown. Throw away the inherent reluctance; we must embrace what unfamiliar people have to offer.

You have a Choice?

You always have a decision to make. The choice to learn from people or to remain closed off in your circle. As a leader, your choices influence your whole business. It is made more complicated when people in the minority begin conform; trying to fit into a system.

What do you do?

Get real feedback by asking real questions like, “What’s it like being the only black man in this firm?” You need to listen to the responses and take notes. You should not react negatively if you don’t appreciate what you hear.

Diversity inclusion can take unexpected turns. I had a conversation with a mother of an autistic child. When I offered a therapy proposed by a doctor who has helped many children, she declined and lectured me on the topic. She believes her son didn’t have a disease. There was nothing wrong with him and that he just had a different perspective on the world. It’s the society that labels him as deficient.

For example, Temple Grandin is a public speaker, author and an animal science professor, but she is also autistic. It is awe-inspiring to find out that people who are considered incapacitated have a lot to offer.

Acceptance is at the heart of inclusivity; an acceptance of differences. It’s important to recognize that each of us has something to offer. Diversity inclusion is a fundamental choice to value different values and perspectives for the good of your business.

So what can you do to create this atmosphere?

You have to be an open communicator; a good listener. When your brand is associated with diversity, you inspire others to follow. It generates genuine influence.

Consider this, inclusivity and diversity isn’t all about metrics and business performance. It is capacity building and we all will be enriched by it. In order to have impact, you need to grow into a culturally balanced individual with a wide range of skills. That person has top groomed himself by being aware of diversity in all its forms. It could be from color, background, or lifestyle. They all matter. 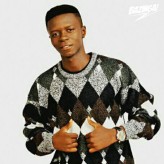 OG Adoga is the founder of OG Capital Finance. He operates a business and finance blog that provides entrepreneurial education to under-banked micro business people. He is also a business and financial planner who helps startups raise funding through presentations, drafting and communication. For OG, the key to business growth lies in human resource development. He has written around 200 business plans, grant applications and proposals for clients from all over the world with high profile invitations to contribute on columns and journals.

Previous Article4 Important Reasons to Get into Video Advertising
Next ArticleHow to Build an Online Presence from Scratch
THE Skinny
Socialnomics Trends December 5, 2021