Payday loans tend to get a bad rap from people who deem themselves experts on personal finance. They often point to the high interest rates charged for these loans and the possibility that borrowers may lose the assets they use as collateral or end up in a debt cycle in which they perpetually roll over the debt.

Admittedly, the minority of borrowers, who are at times referred to as ‘less numerate,’ may not find it easy to quantify such risks.

Bans and Restrictions Are Counterproductive

Last year, Google sparked a debate when it banned advertisements for payday loan lenders. The Consumer Financial Protection Bureau’s (CFPB) also made an announcement in June last year in which it proposed rules aimed at shielding low-income borrowers from the perceived consequences of payday loans, which was widely hailed.

However, those applauding this move by the CFPB failed to note one pertinent issue: the likelihood that these proposed restrictions on payday loans will hurt the same people they are supposedly trying to help.

To be fair, the CFPB was not proposing that loans be banned altogether. What it wanted was a form of underwriting, whereby lenders are required to make sure that you’re able to pay back the loan before they give it you. Most people would agree with that.

All the same, there are a number of practicalities to consider. To begin with, even though payday loans are not always portrayed in the best light, it doesn’t mean they are not useful. Millions of people use payday loans every year, and that number may continue to rise.

Most people tend to think that those who seek payday loans are the borrowers who are less numerate and have inadequate access to credit. However, as the long-established (semi)weekly paycheck continues to increasingly fall out of pace with rising lifestyle diversities, forward-thinking investors are coming up with new ways of offering loan services similar to payday loans to working Americans.

For instance, last year Uber launched a program in which it offered cash advances of up to $1,000 for its drivers. Various other lending enterprises, in conjunction with employers, offered employees loans against their paychecks as soon as the pay is earned.

That is to say, in the same way that it always does, the CFPB is attempting to maintain the status quo of an industry that is undergoing change. The rules it proposed are likely to make payday loans increasingly inaccessible for low-income workers as they become more popular with middle-income earners.

The possibility of limited access is slowly becoming a reality. According to the CFPB, by increasing the cost for lenders, the rules it proposed would decrease payday loans’ dollar value by more than 50 percentage points. Consequently, the funds that would have been available to high-risk borrowers end up in the hands of low-risk borrowers.

It is a relatively straightforward concept. By implementing regulations on some aspects of lending, rational lenders react to those regulations by changing the price of some other aspects of the loan agreements to factor in the increase in risk.

For instance, limited interest rates may cause lenders to increase annual fees. In other words, when the CFPB makes it hard for the lending organizations to factor risk into the price of a contract, the organizations naturally review their lending practices.

Punishing the Poor and Subsidizing the Rich

More specifically, when the cost of providing loan services to high-risk borrowers becomes too high for lenders, the loan products in the market are directed more towards low-risk borrowers. As a result, the supply of loan products targeted toward low-risk borrowers increases, which in turn pushes down the prices (interest rates) charged to these customers. In the end, the rules that were meant to protect the poor make loan facilities increasingly cheaper for the rich.

Usury laws have for a while now have been known to be of more of a benefit to the well-to-do that they are to the poor. It would be impractical to believe that increasing the cost of payday loans would lead to a different outcome. Therefore, the distributional impact of policy change aimed at shielding consumers would be opposite of what policymakers intended.

In addition to that, while it is admittedly true that there are a number of less financially literate payday borrowers who may not fully understand what they are signing up for, there is probably an equally sizable, if not larger, group of borrowers who know exactly what they are doing and can be trusted to make responsible personal finance decisions, without the intervention of the CFPB.

The proposed restrictions on payday loans inadvertently punish responsible payday loan borrowers for the perceived benefit of the less financially literate group. A key point that seems to be absent in the CFPB’s rationale is balancing the effect of the benefits to one consumer segment against the cost to another, consequently making the Bureau’s assessment irrational.

To give an example, the CFPB referenced a study that shows that amidst guaranteed payday loan consumers who use a vehicle as security, 20 percent end up losing the automobile. That is certainly undesirable, especially in cases where borrowers did not fully understand the terms and conditions of the agreement.

Nevertheless, the question that the CFPB fails to examine is whether there might be other means of restricting access to credit facilities that look out for the interests of the 80 percent of payday loan consumers who did not lose their vehicles because they are not only knowledgeable but also responsible.

It is critical to keep in mind that making payday loans less accessible to high-risk borrowers doesn’t necessarily work to reduce the demand for the services by that consumer segment. While such a move might compel them to live within their meager means, the CFPB also risks driving them to informal lenders, such as loan sharks and friends/family who may not be in a position to offer better terms. 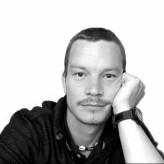 Terry Godier is a freelance writer who has been writing for various blogs like Health, Lifestyle, Fashion, Technology,Finance etc.For more information visit www.libertylending.com. He loves to share his knowledge and experts tips with his readers. His hobbies are Bike Riding, Fishing, Traveling, etc.

Previous ArticleHow to Increase Social Media Engagement Levels while Developing your Brand
Next ArticleHow to Use Instagram Insights for Business
THE Skinny
Socialnomics Trends December 5, 2021