Technology is part of everyday life now, whether it is the app you access on your smartphone to adjust your thermostat when you are not home or the Bluetooth you use for a business meeting while you are on the road. Professional sports are no exception when it comes to technology as these four innovative products demonstrate.

A private company that makes automotive materials for the military has applied the technology used to protect soldiers to football fields. Viconic created a mat underlay that would go underneath turf on a professional football field that would help protect players from injury when their body violently hits the ground. The mat is only usable on artificial turf fields which cause the most injuries to players. In a demonstration, a weight the size of a human head was dropped on a patch of turf without the underlay, creating a loud, sickening thud. When the same weight was dropped on an area with the underlay, the sound was softer and seemed to be less brutal. The hope is that the mat will reduce the incidence of concussion and other injuries from players coming in contact with the hard turf field.

Many NFL and NCAA teams are using virtual reality to train players. Teams like the Minnesota Vikings, Dallas Cowboys, Dartmouth and the University of Arkansas have turned to virtual reality as a training method. Systems include VR goggles, accessories and other applications, an industry that is expected to grow by 142 percent over the next few years. Quarterbacks can watch themselves in prerecorded drills and plays to get a better handle on their movement and footwork. Players are also able to break down the game films of opponents. After using virtual reality methods, Stanford’s starting quarterback, Kevin Hogan, increased his completion percentage from 63.8 percent to 76.3 percent.

With more focus on protecting football players after the NFL’s recent concussion lawsuits, 25 teams have purchased the new ZERO1 helmets created by a Seattle start-up company, Vicis. The helmet features an outer layer that is pliable and a core layer that is impact absorbing. Despite its added safety protection, the helmet looks and feels like a traditional helmet. The helmet was created using state-of-the-art safety protocols and is said to elevate performance due to its wider peripheral view.

The sporting industry contains a significant amount of data, from player statistics to consumer financial data stored after purchases. Like any business that operates in the electronic arena, there is the potential for hackers to access data in an unauthorized manner. Today, there are many information assurance technologies available designed specifically to protect all types of data. In addition, the ability to store information on the cloud assists organizations in allowing employees to collaborate no matter where they are located. This can also lead to potential security issues. The latest in cloud controls add a measure of security previously missing in cloud storage.

Technology is growing significantly and the sporting industry is no exception. Even youth sports like Little League are taking advantage of technology that allows parents who cannot attend their child’s games to watch the game live or on demand. As the technology industry grows, more sports organizations will find methods to protect players, their data and improve the game for spectators. 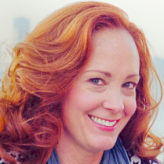 Dixie Somers is a freelance writer and blogger for business, home, and family niches. Dixie lives in Phoenix, Arizona, and is the proud mother of three beautiful girls and wife to a wonderful husband.