Twitter is one of the most popular social media websites in the world. According to some reports, this platform has more than 310M monthly active users and more than 1.3B accounts. Since people prefer using Twitter to post tweets about everything and anything, it comes as no surprise why marketers and businesses consider it as a powerful strategy to generate leads and promote the brand. How to do lead generation on Twitter? Let’s find out!

Lead generation was relatively easy before because you had the opportunity to use lead generation ads. That said, this social media giant announced that starting February 1, 2017, it will stop creating lead generation campaigns. The announcement also states that Twitter will remove the ability to create or edit lead generation, but marketers were able to see or delete current campaigns until March 1.

No, this doesn’t mean Twitter will ban any promotion or generating leads. In fact, Twitter is just experimenting with different ways and solutions that would help advertisers connect with consumers effectively. At this point, they are creating a new lead generation format that would increase the number of dealers.

But, just because you can’t use lead generation ads, it doesn’t mean you’re helpless. There are numerous ways to generate leads on Twitter.

When it comes to these social media platforms, everything’s about hashtags. In fact, Twitter was sporting these bad boys before Facebook or Instagram. To generate leads, you have to connect with other people, primarily those who could use your products or services. Of course, the easiest way to find those individuals is to use hashtags that are relevant to your brand and niche.

Not only will hashtags help you see other public tweets and follow other people, but it will also make your tweet visible to a larger group of individuals. Remember, tweets with 1-2 hashtags get two times more engagement than those with 3 or more hashtags. It means that although hashtags are useful and practical, you should still keep it in moderation to avoid spamming.

One of the most common lead generation mistakes that people make on Twitter is expecting people to come across your profile and hit the “follow” button. You have to be proactive, instead of waiting for someone to stumble upon your username. What makes Twitter so beneficial is that it’s an open social media channel that allows you to connect with other users easily and even do blogger outreach for influencer campaigns.

Enter a specified term in a search bar, read tweets and follow people to build a targeted audience. Of course, you’ll have higher chances of success if you follow people that are related to your industry than following every profile you come across.

When you’re about to share the website URL with people who follow you on Twitter, instead of directing them to the homepage, use a landing page just for this purpose. Why? That is because creating a dedicated landing page for Twitter followers ensures you include them into the marketing funnel. Remember, the primary objective of this landing page should be to get a member’s email address. That way, you would be able to reach that person on Twitter.

Tweeting should be considered an art form. You have to figure out how to say something in 145 characters or less. Tweeting is an excellent way to generate more leads. You don’t have to tweet all day, every day, but make sure you post at least one update on a daily basis. Use tweet statics to see the level of engagement your post received and determine the best time for you to write a few tweets. Consistency matters.

When it comes to posting, keep your tweets short, concise, and precise. Avoid dragging the subject on and keep publishing one tweet after another, which make your followers confused and annoyed. Evidence shows that tweets with 100 characters or less get 17% more engagement.

As mentioned above, a useful way to generate more leads is to engage and communicate with other people on Twitter. After some time, you can also consider expanding the conversation to email or even move it from the timeline to direct messages inbox. Why? It makes the interaction more personal, which is important for consumers. Also, they may feel free to ask questions they’d never ask publicly.

It doesn’t mean you should ditch Twitter as soon as you generate leads. In fact, moving conversation somewhere else is just an additional way to nurture the relationship with leads. You can still connect with them on Twitter though. Another reason to move the conversation elsewhere is to be able to include that lead into other marketing strategies that directed to different platforms.

Twitter is incredibly useful to nurture leads, but the social media giant announced its lead generation ads will not be available from now on. Luckily, there are other ways to generate leads on this platform, and they revolve around following and connecting with Twitter users associated with your niche.

Learn how to utilize the power of social media from a Digital Leader. 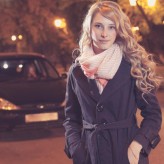 Claire John is a Technology and Internet-Marketing Adviser. Claire is passionate about utilizing her diverse skill set to develop online marketing strategies and create efficiency to enhance her client's experiences. Claire has also written for some helpful websites like RankWatch, ProvenSEO, TweakYourBiz, etc.