5 Benefits Of Starting Or Moving A Business Overseas

5 Benefits Of Starting Or Moving A Business Overseas

Starting a business overseas can be challenging and rewarding at the same time. Entering foreign territory comes with many advantages such as the ability to explore new markets, take advantage of government incentives and enjoy business-friendly laws. Here are a few benefits of starting a business abroad.

Lower operating costs is one of the main advantages of operating a business or moving your existing one overseas. Although this stance can be controversial, companies can undoubtedly save a significant amount of money by moving operations overseas. For example, General Motors is producing the Chevrolet Cruz in Mexico due to reduced labor costs despite pressure from the current administration.

According to Business Insider, Singapore and New Zealand topped the “Ease of Doing Business” list. Factors that were kept in mind when compiling the list included ease of getting permits and obtaining lines of business credit, lower taxation and favorable contract law. Economic giants like China and India on the other hand ranked towards the bottom.

U.S News also published their own list of best countries to start a business in with Thailand and China topping the list. European countries on top of the list included the U.K, Switzerland and The Netherlands. Avoid countries with high levels of bureaucracy like Russia or Iran which ranked at the very bottom.

American companies are subject to stringent regulations by OSHA, the EPA and a host of other federal organizations. However, these organizations have no jurisdiction outside of the U.S. Not having these regulations in place can make it easier for businesses to meet their goals. However, it is important to keep in mind that you will be subject to your host country’s laws including their immigration laws.

Other countries may provide business-friendly incentives not offered in your current location. For example, Malaysia has a government sponsored portal to help investors find business savings. The Czech Republic provides tax incentives for up to a decade.

Lower tax rates are another major advantage. Bill Masson of WM Immigration says “The corporate tax rate is 20% in the U.K which is the lowest in the G20 and significantly lower than in the U.S which is currently at 35% in the highest bracket. This can mean millions of dollars in savings for a larger company.”

Burger King reportedly saved an approximate 275 million by moving its headquarters to Canada. Another company that moved in order to save taxes is Medtronic; this medical device company founded in Minneapolis moved its global headquarters to Ireland which has a corporate tax rate of just 12.5%.

Markets that are saturated in the U.S could be virtually untapped and unexplored in other countries. Instead of being a small fish in a big pond you could potentially become the major player in a new market. Think With Google reports an increase in Google searches related to security in Germany and France and a large increase in B2B related keyword searches outside of the U.S. Tapping into these niches can possibly yield profits in markets with stiff competition in your home country. 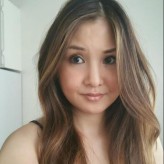