We all know as the fact that businesses are not a thing to be taken lightly, and their exponential expanding process can be far more thrilling than we imagine since there’s no actual proof for growth. Social media as a niche on its own is establishing as one of the most promising markets, with well-known titans ranging from Facebook to Snapchat, Tinder and so on.

For starters, we must understand that a project like this is mostly targeted to a younger audience, ranged from teenagers to 35-50; since its requirement of a smartphone can be a technological impediment for some older users. The truth is that far more than a technological issue it ends up becoming a social/cultural trend that appeals to digital natives.

From crafting them solo – from scratch – or as an add-on to the existing web version of a social media platform, we have a vast variety of options to choose. Most of the time, cost/time relationship will decide for which approach we need to head.

Despite knowing that apps like Facebook, Twitter or Instagram have such incredible success history on their own, they also had their starting point where no one was sure of exposing their personal data worldwide. For Facebook, there was a clear predecessor that nowadays is almost extinct: MySpace. Therefore, innovation is required to catch an audience in such competitive market, and developers should ensure that the project they are crafting targets as a unique opportunity for self-expression.

Interaction with the existing social media apps is a must, with the well-known “Connect with…” button. The most natural the interaction with a ranking social media app, the better, as it is proved that users tend to link their Social Media accounts to new apps in the test rather than lose 3-5 minutes of their time in creating new account data. Exposure is also linked under this, as users who are curious enough to be up to date with the latest trends can feel compelled to start using an app if their friends and contacts are also engaging with it.

By creating a network, you are only doing the, perhaps, most essential element of a social media app, since there is no point in creating something that won’t allow prospective users to interact with their friends or new people. Therefore, app developers should work with the algorithm of friend expansion process and provide a clean system for inviting more people, with no ads involved in the process.

Newsfeed with a search option is your best shot for expanding your gig, as users commonly search for the most interesting people to follow – either for inspiration or to aspire to become part of that social media app’s select club. From videos to status, photos uploads, audios and so on, be sure to allow an option that fastens up the sharing process; not needing then to rely on third-app parties for doing such thing, as it’s the case of Instagram.

The essential step is to define the way your network is going to catch its audience, and for that, you should work at business giants to test your app under some of these categories:

By setting your way towards competitors, you should also ensure private communication between users. Why? Because no app is safe these days from hacker’s intromission, and if our approach is to provide something either creative or new to users, the chances are that sensitive data could be shared among friends using the app. There’s no worse propaganda than data leak but is a different thing if such felony was made towards the entire social network instead of just accessing to a trendy user or celebrity’s account as we commonly hear through gossip news. Minor’s interaction with social media apps is also something important to consider given the risks teenagers tend to face these days: if your app targets to an adult’s audience, ensure special means of protection for preventing under-age usage.

Finally, provide a cutting-edge customer service, especially if your app features innovative elements that could lead to confusion among users. Treating your customers with care is the fastest way to get referrals, and by so, expanding your client’s portfolio.

Building a strong professional team is the first step to social media app development success, but innovation is everything to ensure we are providing something unique that can set us off from competitors and bring a loyal user audience to our gig. No easy task, no doubt, but the effort is well-paid if done properly. 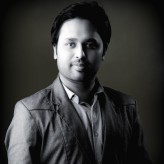 Previous ArticleOverseas Moving: What You Need to Know
Next Article3 Healthy Impacts of Social Media on Our Daily Lives
THE Skinny
Socialnomics Trends October 1, 2022