How Snapchat Dominates Connecting with Millennials

How Snapchat Dominates Connecting with Millennials

Social media is big business, with platforms emerging in every niche. High rates of engagement, especially among millennials, has been driving this massive growth, and the impact of social media doesn’t seem to be slowing down anytime soon. While there are many smaller social media sites out there vying for a piece of the pie, the big sites like Facebook, Snapchat, Twitter and Instagram are competing against one another as well, despite having very different types of engagement. In terms of engagement with millennials it appears that Snapchat is starting to distance itself from the pack. But why? What is driving Snapchat’s massive popularity among millennials?

The numbers don’t lie, and Snapchat has seen a truly impressive amount of daily engagement from millennials recently. With almost 150 million daily active users, the platform is constantly buzzing with young users. The Wall Street Journal cites a Nielson study that revealed the app reaches 41% of 18-34-year-olds every day—a staggering number, considering that many businesses still find the millennial audience to be elusive. While Snapchat doesn’t have the user base of some larger platforms like Facebook, their users are overall more engaged—Business Insider notes that Snapchat is five times more effective than Twitter and ten times more effective than LinkedIn at getting users to spend time on and engage with the platform. Though Facebook and Instagram have more users overall, Snapchat estimates their users spend 25-30 minutes using the app daily, while Facebook, Instagram and Facebook Messenger come in at a total of an average 50 minutes combined. Snapchat also hit 10 billion video views a day in April 2016, compared to Facebook’s 8 billion a day figure cited in 2015. That’s impressive, when you consider that Facebook has access to more than 1 billion users. Overall, Snapchat could still grow their base, but they have achieved the goal of having the highest active and engaged user base—the goal of every social media platform.

With the impressive growth Snapchat has seen since it was founded in 2011—just 5 years ago, it’s only natural to ask—what’s their secret? Here are some of the reasons millennials are engaging with the platform like crazy.

Still the top reason millennials love Snapchat is because the platform allows users to interact with each other personally and give friends updates about the little things that make up everyday life. From what you had for breakfast to what you are doing with your friends. Millennials love a quick and easy way to share fun updates to friends, share some laughs and ultimately connect at any given moment.

Authenticity in a Curated World

Recent studies show that millennials have lost trust with big entities like the NFL, advertising, and other forms of curated content. Perfectly posed Instagram photos, only showing life at its best just doesn’t cut it for this audience. Sure, they will still use Instagram to show off their best selfies, but they’re engaging on Snapchat every day for a reason—it’s an authentic experience.

A Peek into Celeb Life

Both Instagram and Snapchat are frequented by celebrities, but Snapchat’s Stories feature gives users and die-hard fans a way to connect with their favorite celebs by seeing a moment to moment story unfold during a day in the life.

Since snaps are deleted automatically and encrypted while on the Snapchat servers, there is a sense of privacy on the app that millennials appreciate. In addition, there is much more control for users over who they interact with, in comparison to other social platforms. Another perk? Users are notified when a recipient takes a screenshot of a snap.

A Sense of Humor

Snapchat has an amusing array of photo filters that allow users to express their sense of humor and creativity. New filters are added all the time, encouraging ongoing engagement from users who want to check out the new product offerings. Big brands like Taco Bell and the Marvel X-Men movie have even sponsored filters to increase brand awareness among millennial users.

Summing Up: Why do Millennials Love Snapchat?

The numbers show that Snapchat is hitting all the right buttons with its target audience. Its combination of fun, authentic and secure content keeps users coming back—and it seems to be poised for ongoing growth among the millennial audience.
Sources: 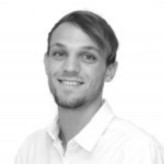 Andrew Deen has been a consultant for startups in almost every industry from retail to medical devices and everything in between. He implements lean methodology and currently is writing a book about scaling up business.

Previous ArticleFox Accuses Netflix of Poaching
Next ArticleWhat Are Performance Bonds and How Does That Help Business?
THE Skinny
Socialnomics Trends December 5, 2021