4 Social Media Tools You Might Not Have Heard Of

Social media has undoubtedly become a crucial part of the way we interact with others, and it’s showing no signs of slowing down its ever-growing reach. 78% of Americans now have a social media profile of some kind. In 2010, that number was 48%.

With no fewer than five different social media networks reporting total user numbers in the hundreds of millions these days, it makes sense that businesses would want to get in on the action. It behooves businesses to interact with customers in a context that is comfortable to the user and might be more conducive to a conversion. In addition to the standard ad campaigns on sites like Facebook and Twitter, businesses themselves often have their own social media presences in the form of organic original content and direct B2C marketing, affording them the opportunity to interact directly with customers. Many companies even go as far as to conduct customer service over social media.

The issue is, with so many businesses, celebrities, news outlets, personal social networks, and more competing for customers’ attention on social media, it can be tough to make yourself stand out in a very crowded field. Whether you’re marketing original content on social media channels or are simply replying to customer’s tweets, social media requires a tremendous level of engagement on your part, and while it’s certainly true that great writing makes great social media content, sometimes you still might need a boost to help edge out the competition when it comes to reaching out to your customers on their preferred social channels.

With that in mind, here are four social media tools you might not have heard of that can help improve your online presence.

Creating and curating an ecosystem around your social media content will go a long way in offering sustained engagement. A key step in getting a circle of people to consistently engage with you is tracking down and interacting with the key social influencers in areas relevant to your business. Engaging with and sharing the content of expert influencers shows that you yourself are serious about the subject at hand, and feedly helps you both identify the top influencers and work their content into your own curated stream. Acting as a streamlined RSS feed, feedly rounds up the news from your subject(s) and outlets of choice, letting you know who’s saying what in your sphere of interest. Through feedly, you can curate your content stream, assuring an audience of consistent followers across platforms.

Whether you’re simply tracking the number of views on your most recent video or going deeper and data mining social media networks in order to predict user behavior, the insights offered by social media analytics can go a long way in helping you figure out what kind of content has the most impact. TweetReach offers a very in-depth look at your Twitter content by showing how far, and through what social circles, your tweets traveled. Insights from TweetReach include a categorization of each impression (linked tweet, retweet, or like) and a breakdown of which users helped your tweet travel farthest by sharing your content with their networks. Although limited to only one social media network, TweetReach’s robust platform offers a great breakdown of the real impact your content is making on Twitter.

Because of the 24-hour news cycle, there’s a pressure to constantly be chiming in as news breaks. Muhammad Ali’s passing, for example, occurred late in the evening, and news outlets scrambled to cover the news even at that late hour. Of course, it’s not reasonable to expect anyone to sit on social media every minute of every day, waiting to click that “Post” button at exactly the right time to maximize the post’s exposure. If you’re running a business, you probably have more important things to focus on. Buffer eliminates that potential headache by offering a platform to schedule and track all your posts across all social media outlets. You can schedule posts in bulk, set them to be sent out at a certain time, and then let them go. It is the mission control for all your social media, and it’s all automated. Buffer’s archive and analytics features also allow you to track the long-term patterns of your social content and keep a good backlog of posts, so you can easily dig up and post an older piece that might become relevant again instead of having to constantly generate new content.

Sometimes, the most difficult part about social media isn’t necessarily creating and sharing good content. Yes, that’s important and requires effort, but often the real headaches come from keeping track of all the many moving pieces across your social media channels. A little streamlining can go a long way, and that’s where IFTTT (short for “If This, Then That”) comes in. IFTTT’s software allows you to set up “patterns” in your activity, so doing one thing will automatically trigger another. For example, if you want to archive your tweets for later use, you could link your Twitter and Google Drive account, so every time you send a tweet, that content gets added to a spreadsheet on Drive. This platform is incredibly useful for saving time by cutting out the little annoying steps that come with social media activity, so you can focus on the more important things.
What are some of your favorite lesser-known social media tools? How have they helped your social networking? Let us know in the comments! 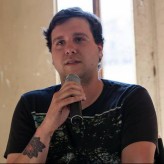