The role of a good social media strategy is about more than advertising your products and services. To really capture the imagination of a wide audience, you should be using your social media platforms to tell a story. And when you want to tell a story, who do you go to first? A writer.

This may seem like common sense, but one of the most common mistakes that companies fall for is to rely on social media staff who understand the medium but can’t deliver the message. Great writing and a sound understanding of social media don’t necessarily go hand-in-hand, but when they do, the results can be spectacular.

Consider Twitter, still arguably the dominant platform for exposing social media content to a wide, practically limitless audience. If you look at the marketing tweets that really gain traction and are shared around the world, it may be because they’re talking about a great offer or a really clever idea, but they’ll also be telling a perfectly formed short story – as short as a single tweet.

This isn’t an easy thing to do – most content writers are more comfortable writing a 350 word blog post than a 140 character tweet. The art of getting everything you want to communicate down in 140 characters, while also making it sharp, funny and compelling takes serious skill. Even more long form friendly mediums such as Facebook and LinkedIn require sharp, impactful and intriguing copy in order to cut through the competition.

Play to your strengths

Of course, copywriting isn’t the only important skill in an effective social media strategy. The best corporate social media accounts may sound like they come from a single voice, but the reality is most likely a well-oiled team of specialists working together in harmony to shape and finesse a campaign from start to finish.

This is why if you have the luxury of a large team at your disposal, you should be making use of all the different skill sets in your organisation. Your best analyst may not be the most inspiring ideas man. Your most creative blue-sky thinker might struggle to capture his ideas in writing and your sharpest writer may not be familiar with the various tools a good social media team should be making use of. Combined, however, most companies have all of the tools at their disposal to create a truly great social media campaign.

In social media, as in the majority of creative endeavors, the best ideas often come from an active, engaged dialogue where everybody feels free to contribute. So, when you’re ironing out a social media strategy, don’t try to make one employee into a jack of all trades, get all your best people into a room together. And make sure at least one of them can write! 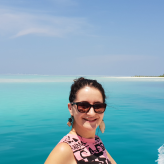 Veselina Dzhingarova is the co-founder of Financial Tipsor ,Blogforweb.com and Techsurprise.com. She is a regular contributor to several online medias such as Tech.com, Tweakyourbiz.com, Socialnomics.net, Smallbusinesscan.com, marketoracle.co.uk, chamberofcommerce.com . You can contact her at [email protected]

Previous ArticleKardashian vs. Swift Feud Takes Over Social Media
Next ArticleHow to App up Your Business
THE Skinny
Socialnomics Trends December 5, 2021