CES is one of the most acclaimed electronic shows that attract biggest manufacturers showcasing their technologically advanced gadgets and raising the bar even higher every time. As several announcements around ultrabooks were been made before, it was no surprise that CES will see plenty of action on the table front. The show had several advanced tables that will prove trendsetter in terms of technology, performance and convenience. Right from a 7-inch Android 4.0 tablet priced under 200 USD to a quad core tablet for just 25 USD, technology will soon touch everyone’s life alike. With so much buzz around display, most of the tablets had full HD displays. As expected this CES 2012 did showcased an explosion of new tablet, each one distinguished with extraordinary HD display, outstanding gaming ability and some with 3D technology. Here are the top 10 budget Android Tablet launched in CES 2012.

Viewsonic has broken its image of an under-performing cheap tablets manufacturer with the launch of Viewsonic Viewpad E70. This Viewpad is Ice Cream Sandwich-running Android 4.0. Priced at mere 169 USD, this tablet runs on 1GHz processor for seamless performance. However, there is nothing notable about this tab other than the aforementioned features. A 7-inch 800×600 display is of high definition quality allows you to enjoy applications on the go. At such reasonable price such high performance tablet is not commonplace. With Viewsonic Viewpad tablet will be in everyone’s reach in future.

LePan is a not so known tablet brand in the market till CES 2012. The less known manufacturer set eyeballs rolling this year with its Android gadgets. LePan III is an excellent tablet that is powered by a dual-core TI OMAP 4460 processor and runs on Android 4.0 Ice Cream Sandwich. It is fitted with 1 GB RAM and its processor can reach 1.5 GHz. Last but not the least, LePan III has 8 GB of storage, 4.0 Bluetooth for seamless connectivity and 5-megapixel camera on the back. For video chat this tablet comes with a 2-megapixel camera on up front. 1080p video output allows the user have HD video recording on the go. Another one from the manufacturer is LePan II that runs on 3.4 Android Honeycomb with all the aforesaid features except a slower dual-core 1.2 GHz processor.

The Panasonic ToughPad A1 as the name suggests is all about durability. This tablet can survive water damage and normal shocks with aplomb. Its matte display gives it an elegant look. This tablet is been designed especially for enterprise as well as military personnel. It is loaded with latest software and runs on 3.2 Android Honeycomb OS. With a RAM size of 1 GB RAM and 10.1 inch diagonal screen, 2 megapixels front and a 5 megapixels rear camera, this tablet is just ideal for rough working environments

Gadmei showcased in CES 2012, its first glasses free 3D Android 4.0 tablet that runs on Android 4.0.3 on 1 GHz Cortex processor and I GB RAM. The storage capacity is around 8 GB with a 0.3 megapixels, optional 2 megapixels rear camera. It has an 8-inch, 1280×768 display screen that uses a parallel barrier glass-free 3D technology. So, when it comes to 3D pictures and movies, Gadmei E8 is frankly awesome as compared to Gadmei T863.

Toshiba Excite X10 that was launched at IFA and Japan with a different name some time ago was a center of attraction at CES 2012. It has been recently introduced in the American markets as Excite X10. It is an ultra slim tablet that weighs 1.2 pounds and runs on Android 3.2 Honeycomb operating system. One can also upgrade this tablet to Ice Cream Sandwich. This tablet is powered with 1.2GHz TI OMAP 4430 processor and 1GB of RAM. It has a 10.1-inch, 1280×800 display screen with a 5-megapixel rear camera and 1.3-megapixel front-facing shooter. Toshiba has priced the 16 GB version of this tablet at 529.99 USD

Asus MeMO Me370T by Asus won the “Best of CES” award in the tablet category. This tablets runs on Android 4.0 Ice Cream Sandwich. It is powered with 1.2 GHz dual core Qualcomm processor and 1280 x 800px resolution 7 inch HP display screen. This tablet is all about performance and has been reasonably priced at 250 USD.

This tablet is one of the most sophisticated and optimum quality, Ice Cream Sandwich implementations. Powered with Android 4.0 operating system and 10-inch display screen and 2 GB RAM, Lenovo K2 tablet will push the bar even higher for multimedia aspirations in its genre. In addition, this tablet also features a fingerprint scanner, a camera and LED flash on the back

NVIDIA in partnership with Acer has launched Acer Iconia Tab A510 with quad-core Tegra 3 behind Android 4.0. This processor can clock up to 1.3 GHz and Ice Cream Sandwich operating system seems to work quit fine on this tab. It has a 10 inch, 1280x 800 HD screen. Acer Iconia Tab A510 comes laden with advanced stock of software and games

Samsung also set many eye balls rolling with Samsung Galaxy Tab 7.7. This tablet is already available and has been well received in the US markets. However, this one had a new feature added to it, the LTE connectivity. Samsung Galaxy Tab 7.7 has super AMOLDED plus HD display screen. It is powered with a 1.4GHz dual-core processor, 1GB of RAM and runs on Android 3.1, Honeycomb. If required then one can also upgrade it to Ice Cream Sandwich. For HD video recording it is laced with a 3.15-megapixel rear-facing camera along with a 2-megapixel front-facing camera.

It’s a 10.1-inch tablet from Lenovo which is fitted with dual-core Android 4.0 running on Qualcomm’s edge cutting Snapdragon S4 MSM8960 processor. Lenovo IdeaTab S2 weighs 1.1 pounds and is one third of an inch in thickness. The battery backup is excellent and can last up to 20 hours. Last but not the least, a Kernel level security system places it amongst the most secure tablets available in the market.

About the author: Alia Haley is a blogger by profession. She loves writing on technology and autos. Beside this she is fond of cars and watches. Recently an article on Dirt Bike Tires attracted her attention. These days she is busy in writing an article on LED Bulbs. 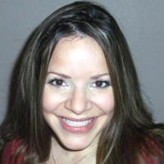 Previous ArticleYouTube Killed the TV Star: Why Online Video Marketing is Essential for Marketers in 2012
Next Article5 Facebook Page Post Ideas that You Can Use Today!
THE Skinny
Ajay Kapoor October 19, 2020