Elon Musk Takes to the Stand Against Fraud Charges

Elon Musk Takes to the Stand Against Fraud Charges

Four years ago, Musk tweeted that he had “secured funding” to take Tesla private for $420 per share. While the claim was never executed, Tesla’s trading stock froze then faltered after the initial tweet, and lawsuits arose claiming he misled investors who relied on his statements to make financial decisions.

Among these investors was Timothy Fries, who told the jury on Friday morning that Musk cost him $5000 in Tesla stock after seeing the tweet.

Fries said that “secured funding” gave him the impression that “there had been some vetting, some critical review of those funding sources”.

Musk claimed that the tweet came at a difficult time in the company’s sales. According to Musk’s attorney, Alex Spiro, Musk was under the impression that Saudi backers were already planning a deal to privatize the company. He said Musk’s tweets were intended to protect the “everyday shareholder” despite “technical inaccuracies” within the tweet.

Additionally, he argued that stocks don’t always change based on his tweets, referring to an instance when he tweeted about Tesla’s share price being too high only to see it climb higher thereafter.

“Just because I tweet something does not mean people believe it or will act accordingly,” Musk said.

Despite Musk’s reasoning, Daniel Taylor, director of Wharton Forensics Analytics Lab and professor at the University of Pennsylvania, analyzed correlation in the trading volume before and after the tweet.

Taylor said that the trading volume at the minute of Musk’s tweet, 12:48 p.m ET, was over $350 million, while the next minute it had dropped to $250 million. He said he can assume causation between the tweet and the drop, as he’s “unaware of any alternative explanation for a 10-fold increase in trading volume the same minute that Elon Musk tweeted.”

Musk’s testimony lasted about 30 minutes. He’s expected to continue testifying to the nine-person jury on Monday at 8 a.m. 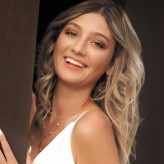 Lauren Peck is a journalism student from the University of Texas and on the pre-law track. She is a contributor and photographer for Socialnomics and the Daily Texan. She's passionate about philanthropy, social media, art, lifestyle, and all things Austin.

Previous ArticleHow to Find Expert Developers for a Start-Up
Next ArticleTop 20 Social Media Agencies in the UK
THE Skinny
Socialnomics Trends October 1, 2022