A crucial component of every blockchain initiative is decentralization. There are a lot of misconceptions and theories surrounding this idea. The global community is looking for answers to the question, “What is decentralization? Why is it useful? What are the benefits and potential pitfalls?”.
Decentralization is managing something — typically a platform or project — without a designated governing authority, i.e., not centralized. The project is said to be decentralized if there are no middlemen or other parties that managers or administrators may represent.
A decentralized project also lacks a central server that keeps track of all participant and transaction data. All data is spread out over several servers in a decentralized network. The performance of the entire decentralized system will not be impacted even if one server crashes or fails. It transpires that a decentralized system is a distribution of all participant and operational information across all users linked to this network. The blockchain name captures the concept of this phenomenon quite well. It is compared to a necklace with an unbreakable chain, each bead (or block) serving as a record of the activity. Blockchain is an unbreakable digital action log.
Each block represents a specific numeric code (not just a number), and each block after it contains data from the one before. Therefore, it should be understood that this is both a database and a method of transferring and encrypting data.
This method is being utilized to move bitcoins all over the world. Thousands of computers around the globe will confirm and store all the information about the transfer if you transmit bitcoin on the blockchain.

Sending a transfer will need a short amount of time. In the blockchain, money cannot be misplaced or counterfeit. There are no intermediaries or third parties involved, and the technology’s mathematical precision ensures the precision of computations.
The benefits of using blockchain technology in trading are numerous:

Blockchain isn’t simply for moving cryptocurrency, though. Identity cards, the financial industry, and cybersecurity all use them. It is only a strategy for data organization across a vast range.

Decentralization: Things You Should Know

A fundamental principle of any blockchain-based cryptocurrency is decentralization. The term “blockchain” refers to a decentralized database. It includes data on everyone connected to the blockchain network globally, not just particular users. Decentralization is spreading authority, resources, or labor without the help of a supranational authority. Decentralized management systems are widespread in many businesses and are by no means new. However, the development of the blockchain chain made such a system feasible for financial administration.
Decentralization in a blockchain may be understood by looking at the algorithm that governs the system’s operation. Because there is no local server in the blockchain technology system and all miners and participants in the transaction chain are on an equal footing, decentralization of control is possible.
Developers do not see the blockchain’s activities, and network users confirm transactions. Using this approach, computer resources and data are dispersed globally, information is constantly copied to prevent loss, and DDOS assaults on such a system have little or little impact.
What information is stored in the blockchain: Although Bitcoin and other cryptocurrencies are the most well-known applications of blockchain technology, this technology has many more uses beyond the cryptocurrency market. This technology is quite intriguing and is used in many fields, including government, healthcare, business, and the legal sector. If you closely monitor the progress of this technology throughout the world, it is reasonable to anticipate that the blockchain will eventually have an increasing amount of impact on the international economy.
With blockchain technology, you may establish a cutting-edge, open business. The maker uses it to meet the demands of a contemporary, informed, and demanding customer. Sales juggernauts like Louis Vuitton and H&M, which were among the first to include it in their products, are fully aware of the possibilities of this technology.

What is Blockchain without Cryptocurrency?

A distributed ledger called a non-cryptocurrency blockchain holds information on supply chain projects, the Metaverse, and non-fungible tokens (NFTs). There are many other uses for blockchain technology, even if Bitcoin (BTC) is the most well-known decentralized ledger or blockchain application. Blockchain technology, for instance, enables payments to be done without the need of a bank or other middleman in a number of financial services, such as money transfers, digital assets, and online payments.
A distributed ledger that monitors the state of a shared database among several users is a blockchain without money. The database may contain a history of bitcoin exchanges or private voter information from elections that cannot be changed or removed once entered.
Consequently, blockchain technology is helpful for more than just cryptocurrencies. The blockchain is primarily focused on the decentralized storing of information and the exchange of certain digital assets, which may or may not include cryptocurrencies.

Does Blockchain Need Cryptocurrency to Work?

Blockchain may be employed in various industries, including banking, healthcare, transportation, and real estate. Even elections may be held using blockchain technology.
Manufacturing is viewed as a very immoral and generally non-sustainable industry. The global population is becoming increasingly aware of environmental issues. A rising number of people want both high-quality goods and environmental protection. The 21st-century customer is now more demanding as a result of all this.

Blockchain may be used as an electronic waybill, allowing you to follow a shipment’s progress from the supplier to the customer. This approach can take the place of the conventional CRM system or the global invoice management system. The new technology is superior to the old one in another way. The CRM system is vulnerable to hacking, data manipulation, and data deletion. Information cannot be removed from the public blockchain after it has been posted there.

Blockchain is used in the medical field to solve at least two tasks. First, the technology allows you to record every word in the medical history reliably. And for medicine, it plays a significant role since any deviation or distortion of information leads to a different interpretation of the diagnosis. For example, if a patient has an allergic reaction to certain medications, the information about this is entered into the distributed register and will always accompany the patient.
Secondly, the blockchain makes it possible to reduce the number of fake medicines significantly. While this technology is early, several startups are already developing a project that will eventually record the entire drug supply chain in the blockchain registry. It allows anyone to trace the origin of drugs and detect counterfeiting.

Blockchain is a distributed digital database (or ledger) where data is encrypted using cryptographic techniques to prevent unauthorized access. As a result, it’s frequently thought of as a way to register property rights. For instance, the firm ChromaWay and the Indian state of Andhra Pradesh are collaborating on a blockchain initiative for recording land title rights.

Blockchain technology has a great deal of potential for use in detecting fake goods. Luxury product producers, like fashion designers, frequently experience this issue. The consumer is not always sure of the product’s legitimacy. The brand and the customer are both protected by blockchain-based product authentication. LVMH (Louis Vuitton) and Microsoft developed the Aurora platform using this method to assist the luxury business track and tracing items.

For more than ten years, blockchain technology has been around. However, it is still a novelty in many nations, and the legislation does not entirely govern its usage. The development of the previously stated technology and the related rules should be anticipated in the near future, given the functionality of the blockchain and its numerous uses in various industries, including the field of commerce.
Effective blockchain integration will undoubtedly be more straightforward for big corporations with the funds to invest in cutting-edge technology in the market. Smaller companies will find it far more challenging to utilize the technology. 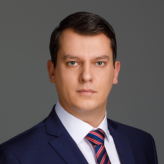 Lewis Anderton is a specialist in the application of mathematical and statistical methods to financial management and risk management issues. He has many years of successful experience with ICOholder