The Ongoing Evolution of Web Design

The Ongoing Evolution of Web Design

You may have seen website designs, be they the home page or the whole layout, have significantly changed.

The answer is that technology is changing continuously, and you will see new updates coming every second. It is essential to stay updated with the latest technologies in this modern era. Today businesses get judged by the design they have. Website designs have a considerable impact on businesses, and the home page is one of the critical success factors.

According to the ongoing web design evolution, web pages must combine creativity and user-friendliness. A website’s functions should be easy to access, and the design should be eye-soothing.

The concept of less is more was in the late 1900s. In the 1990s, web designers began to realize the importance of proper navigation structure, breadcrumbs, and sitemaps.

There was only one publishing language initially known as Hypertext markup language. Back then, HTML was used to develop websites. Such websites had limited graphics and images.

It was late in the 1990s when the designers involved themselves in Graphical User Interface ( GUI). During this phase, the web designers used tables to make the website look good and arranged text and graphics.

Flashy designs were also there in the 1990s. It was a new technology and new software that designers used to integrate animations, videos, and music into their web designs. The website designers integrated decorative animations, splash pages, and interactive menus.

Today’s website design was developed back in the 2000s.

Earlier designs were famous for having top navigation and left bar categories. During this period, usability and flexibility came out to be the essential parts of web design.

Cascading Sheet Styles took the charge and were stored separately. Style sheets did wonders for content and website developers because there was less scope for getting stuck in the complex system. In early 2000, when CSS was booming, it had a tremendous advantage over table-based flash designs.

With CSS as a lead, color psychology was improved, and the concept of whitespaces came into effect.

In the mid-2000s, the scrolling concept was not as popular as it is nowadays.

From the mid to late 2000s, color selection, typography, font size, and style got huge attention.

Responsiveness Designs took birth in 2002-2006. In this era, the most significant changes took place. The designers started to think about mobile versions of websites. However, it took place later.

Responsive design, parallax, and retina displays gained attention during 2010-2015. At this time the “drop-down menu” term came into effect.

This decade of the 2000s saw an increased rush in smartphone usage, design aesthetics, and functions. It led to a massive change in web design.

2013 was the year of responsive website designs. Later, in 2014, if any website lacked responsiveness, it would see a perpendicular drop in traffic. These years witnessed long content on the website, vertical scrolling became popular, and large images were used on websites.

Long vertical scrolling led to the formation of a magazine-like layout on the website. Designers focused on Infographics and tried to portray the information via images. Due to the surge in mobile browsing, people were casual with this scrolling part of website design. Web designers focused more on simple and minimalist designs rather than complexity.

The web design concept changed when Apple launched the iPad in 2010. iPad’s screen did not match with websites. The tablet’s screen had enough to offer, from landscape viewing to portrait view. At this point, designers faced the challenge, and a new term “responsiveness” evolved.

Retina screens were introduced in these years and influenced the whole design process. It was a challenge for designers to select and integrate only such images that can be displayed effortlessly on retina screens. Later on, designers analyzed that this pain point of theirs could make a picture look more crisp and vibrant.

More than 50% of business owners think having a website is crucial to a growing business. As this period was about to end, people realized how to embed video backgrounds in their websites. Most of the trends that evolved from 2000-2015 are still there.

Evolution from 2015 to till date

2015 was the time when the website’s home pages witnessed several changes. The home pages you see today have evolved in the last 15 years. Responsiveness has become normal. Billions of users use it. Modern website aesthetics are more bent toward minimalism.

Nowadays, 3D buttons, flat graphics, simple color palettes, and big visuals are what modern websites would want to have. The digital revolution, smart technology, more informed users, and clean and clear designs led to the birth of the present ongoing trend.

Learnings from the evolution of web design ideas

With the changes in website design, there are some high-end changes in the home page designs of websites. With all those evolutions, we have got modern and well-designed websites.

On comparing the past home page designs to the current ones, anyone can spot the changes quite easily. The shifts can be seen clearly, and here are a few learnings from those shifts.

Do not ignore smart gadgets.

This is the era of mobile phones, and you cannot afford to ignore it. Mobile usage significantly impacts web design, and designers adopt the best practices to make home page designs responsive and of a high standard.

All web pages having trendy designs must be clickable and simple as per the home page designs.

Website navigation is one of the essential things to take care of. To create effective navigation, you must map out the effective strategies.

Today’s modern websites use high-quality images and graphics. The content that needs to be placed should support the graphics and website styling. Focus on typography to make your website user-friendly and more readable. Scrolling is accepted as people with smartphones find scrolling easy.

Where will these websites go next?

From here, websites have to go quite long because the main moto of websites is to convey information attractively. Every element of a website will effectively deliver the announcement. This is the era of web design that includes usability and accessibility, and it is interesting to see how things have evolved from the start.

Web design history is not as great as you expect it to be. It is relatively short and has successfully gone through the revival stages. The future of any technology or practice revolves around what we should do further to improve user experiences. 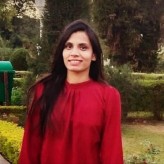 Swati Sharma,  writer by day and an avid reader by night, manages SEO Marketing at SEO Discovery, leading SEO company. Owing to her passion for her profession, she loves to stay updated about the current & emerging trends in the digital marketing and IT industry.

Previous ArticleApart from Marketing What Should be the Focus of Health Care Marketers?
Next Article5 Methods to Study the Effectiveness of Your New Hire Onboarding Program
THE Skinny
Socialnomics Trends 2 months ago