The Approximate Cost Acquired To Create Gaming Apps In 2022

The Approximate Cost Acquired To Create Gaming Apps In 2022

The cost of developing mobile game apps is high, but with the appropriate team and dedication, the game app being developed can indeed revolutionize one’s life. In accordance with Protocol, the gaming industry’s mobile segment is predicted to grow at the fastest rate, with sales shooting up to billions of dollars by the year 2022. This estimate of potential profits can alone uplift the mobile gaming app as an industry incredibly, thanks to the excessive profitability.

Every gaming app prioritizes having their players’ engagement over any other prospect; to ensure such, you need to know the earnings and the approximate costs that are applied with mobile game development.

How Much Does It Cost To Create A Mobile Game?

Now the answer to this question varies significantly in terms of the features, genre, and other factors required in the mobile game intended to create. Developing a mobile game can range from approximately thousands to even hundreds of thousands of dollars.

The second question to ponder upon is how can you figure out or create an estimate on how much your game will cost? Well, many factors can influence game production costs, but on the other hand, you can certainly control the costs being applied if you have a clear vision and know exactly what you require in your game.

1. How Your Game’s Category/Genre Impacts Cost

Even though it may appear like a straightforward puzzle or mini-game that only has a few animated pieces and repeated levels in it. Such a simple mobile game app development can cost somewhere around $3000 and $5000.

However, if you glance for something more grandiose, with exclusive features such as 3D or strategy mobile games with multiple characters and stages, you’ll have to invest much more. Such a project should be taken up with a clear mindset that the cost can easily rise up to ten times more to develop.

Both popularity and profitability of mobile games and their development cost interlink with each other at a certain point. The mobile game development of a multiplayer RPG with many interactive components, quests, and different settings is considered the most expensive. These games usually range more than $150,000 and are rated as AAA projects.

2. The Mobile Games’ Scenario and Complexity

To begin with, the scenario of a game is much more than just a textual document that goes ahead to describe the “main hero’s journey” within your mobile game. Rather, it comprises a complex structure that retains internal cut scenes, writings, music, stages, character, and other descriptions. This massive volume of material most definitely should be highly addictive to captivate your audience.

As you add more stages, your game logic grows more complex. The objective behind doing this is to create a scalable architecture, and without it, the mobile game would quickly begin to lose popularity.

Definitely, collaborating with the right experts will evaluate the value of your app within your targeted market. Although a puzzle game doesn’t need to be significant in terms of scalability, RPG mobile games, on the hand, certainly do demand scalable infrastructure.

3. The Visual Effects and Animations

3D animations are more costly than 2D animations, as simple math would also indicate. The more 3D animated elements are added to your mobile game; likewise, even its design expense will increase. The best aspects you can cover in your game to make it addictive is to pay attention to its functionality, smooth interface, and interactive elements placed in it.

4. The Evaluation of the Mobile Game

The more complicated your game is, the more testing would be required. Mobile game creators pay testers on an hourly basis.

As a result, the more people work for you, the more money you earn. This is a crucial component and part of the development phase that should not be overlooked under any circumstance. Testing is just as necessary as any other phase of the game, especially if you don’t want irritated users, make sure your quality assurance system is up to pace.

Will The Platform Affect The Costs Of Mobile Game Development In 2022?

Well, the simplest way to answer this question is No. Especially if you’re using the technology Unity. This tech works on both iOS and Android. The technology has various advantages and is used by some of the very best software development companies across the globe. When spoken in terms of mobile game development, the benefits of using this technology include:

How Can You Lower The Cost Of Mobile Game Development?

Consider outsourcing if you are looking forward to being budget-friendly and want to save money on mobile game development. The cost of building a game app can reduce significantly by employing employees or outsourcing from other countries. Let’s view a few rates from different countries to get a better idea.

Averagely, in the United States, a developer earns roughly around $100 per hour, which means hiring a team of four developers for approximately 160 hours on your game software would cost you approximately $62k-$64k.

Indian developers are usually the first to spring to mind when lower mobile app design and development costs are considered. They usually charge around $30 per hour to design a game app. This is significantly less expensive compared, while the similar game app would have cost around $33k in total. Another alternative is Ukrainian-based app developers or their app design and development companies since even they are considered less expensive.

What Impact Do Pricing Mechanisms Have On The Cost Of Mobile Game App Developments?

Pricing models and other elements that determine the cost of mobile game app development may impact your total earnings. So, let’s look at the pricing models and how you can cut the cost to as minimum as possible.

Your technical partner can use the time and material pricing methodology to estimate mobile development costs based on a single scope of work. During the mobile game development process, you can transfer teams, limit the number of developers, tweak features, and make other product modifications.

This format is suitable for small to mid-sized mobile games that are still being tested and require few tweaks, enabling you to keep track of your expenses while improving the app development efficiency.

A fixed price model implies that you already have a budget set aside to develop your mobile game app allowing you to set your project cost and technical partner. Further, to also modify the possibilities and work around them accordingly.

Fixed-price collaboration is ideal for businesses with a tight budget from the start.

A Committed Team of Experts

Using a dedicated team will aid you in controlling the number of hours your developers spend on your mobile game development. Using this method, you can easily monitor job expenses and maintain complete control while keeping the investment minimal.

This strategy keeps your team motivated and helps in the success of your mobile game.

An Estimated Cost to Develop a Mobile Game in Different Nations?

Because hourly rates for specialists range by country, the cost of designing a mobile game will also differ.

What Is The Cost To Create A Mobile Game In Different Countries?

The US is considered the most expensive country, with the greatest labor cost per hour. The hourly rate for local developers is about $150. Considering that a mobile game takes two and four months to develop, it is pretty costly.

Western Europe is a bit cheaper. Some experts charge roughly $80 per hour. On the other hand, Eastern European mobile game development will cost you even less. They will bill you between $35 and $50 each hour.

If you want an addictive game, you must work with the right professionals and experts. At CMOLDS, we believe that entertainment and great user experience are crucial aspects to cover in a mobile game app. We know how important and what it means to have your users engrossed in a screen.

A great team with hands-on experience is very important to calculate the approximate cost acquired to create gaming apps. Having a focused, clear mindset and the above points covered will definitely benefit you! 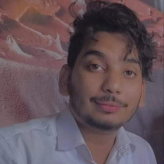 Nathan Enoch Burridge has been a part of the Digital Marketing Industry as a writer for years. His passion is to help people in every aspect of online marketing flows through his in-depth expertise with the industry and his current employer Designs Raptor. Nathan Burridge is also an author for several niches, including tech blogs. He likes spending time with his family, studying cultures, volunteering, and working for positive change.

Previous ArticleWhat To Look For When Choosing An Online Business
Next ArticleHow to Know the Right Time to Buy Bitcoin
THE Skinny
Socialnomics Trends December 5, 2021