What is the Future of the Video Streaming Industry?

What is the Future of the Video Streaming Industry?

Netflix is an OTT (over the top) content platform that provides online streaming services for subscribers. It is an American production company founded in the year 1997 by Reed Hastings and is headquartered at Scotts Valley in California (BUTLER, 2020). The company provides online streaming services of an ever-increasing pool of movies, web series, documentaries, and other forms of digital content which are either produced in-house and by other producers. Moreover, it has been analyzed that the company reached 203.7 million subscribers during the year 2021 (About Netflix, 2021).

Netflix is an inspirational example of a company that successfully shifted its business model multiple times and grew exponentially because of that. for the successful future of Netflix, Netflix started with renting boxed products through a mail service nationally (in the US) and shifting to delivering on-demand entertainment catering to diverse needs globally. The ‘all you can eat subscription’ that Netflix offers, lets you watch your favorite shows anywhere and at any time you want.

The future of the television and video industry

The TV and video market is highly dynamic and is characterized by a great number of drivers: digitalization, new market offers, and disruption by digital players ensure rapid change. Moreover, consumer expectations and usage habits are changing rapidly in the age of video-on-demand and mobile media consumption. This Deloitte Germany study on the future of Netflix scenarios for the TV and video industry by 2030 demonstrates what market players need to be ready for.

All these factors are already having an effect on the market, but what will the future of TV and video look like in a few years’ time? Will global platform giants such as Netflix, Amazon, Apple, and Google dominate the market? Or will the TV and video industry develop into a diverse ecosystem shaped by cooperation, in which traditional providers also have a role to play? Who has access to the customer and who can make best use of monetization possibilities?

The swiftly changing market landscape and ongoing diversification make it difficult to make long-term predictions about the future. That is why we chose a holistic approach for the Deloitte study on future scenarios for the TV and video industry by 2030 and look beyond the customary planning horizon of three to five years with the help of scenario design.

Our scenarios are based on a comprehensive set of drivers that will influence the future of netflix and video industry. We bundled these with the help of expert interviews and an external environment analysis based on natural language processing algorithms, and evaluated them in a matrix in relation to their degree of uncertainty and their individual effects on the TV and video industry.

The global video streaming market size is to reach USD 223.98 billion by 2028, according to a new report by Grand View Research, Inc. The market is to expand at a CAGR of 21.0% from 2021 to 2028. Rising technological advancements such as the implementation of blockchain technology in video streaming and the use of artificial intelligence to improve video quality are defiantly to boost the demand for the market over the forecast period. Furthermore, the growing adoption of cloud-based video streaming solutions for increasing the reach of video content is directly influencing the growth. This trend is observed in numerous parts of the North American and Asia Pacific regions. The reasons attributing to the growth of the market are rapid digitalization, increasing use of mobiles and tablets, and the growing popularity of online video streaming.

The factors such as the rising demand for on-demand video and extensive growth of online video are the key growth drivers for the market. Also, the increasing demand for high-speed internet connectivity acts as an advantage for the market to grow over the forecast period. The growing acceptance of smartphones in combination with an extensive range of high-speed internet technologies such as 3G, 4G, and LTE has substantially led to the increasing use of video streaming. Also, the growing demand for devices that can support digital media is helping consumers access media content anywhere across the world.

Hulu and Disney plus in the race

In the race, Hulu and Disney plus are attracting consumers by providing access to shows on most major networks and cable TV after they air. Hulu focuses on more strategy to counter the Netflix OTT app. It also hosts its originals like The Handmaid’s Tale and has exclusive rights to stream most of FX’s original series, which gives it an edge over Netflix.

Disney Plus is the top Netflix competitor for many reasons. It offers the widest variety of content ranging from animated masterpieces, documentaries, the Star Wars, Marvel cinematic franchises, and the Disney Channel’s expansive library of movies that go back to the 1950s.

Disney’s acquisition of Fox in 2019 has expanded its back catalog of content to include popular shows like The Simpsons.

Netflix cannot recreate the nostalgia of watching Disney’s animated classics. Other resources under the Disney brand like theme parks also give the streaming service an advantage.

How can the TV and video industry adapt to change?

As different as the four future scenarios for the TV and video industry by 2030 may appear, some universal implications are relevant for all market participants and they should take these into account in their strategic planning. more on the future of Netflix towards more success in next years.

Broadcasters and content producers can no longer rely on their present market position. To secure their business models and future revenue streams, they must open themselves to cooperation and alliances, including with direct competitors. Joint production, joint distribution models, and even joint platforms are suitable ways of countering the threat from digital platform providers such as Netflix, Amazon, Apple, or Google.

Beyond this, established broadcasters and content producers must constantly invest in their digital competence, because technology has become a core element of their business processes. What is crucial for them is that they are equally attractive to both digital talents and creative minds. What Bill Gates wrote over 20 years ago will still apply in the future: “Content is King”. However, to produce attractive content in a future shaped by digitalization and ultimately to reach the customer with it, first-class technological capabilities are a necessity. 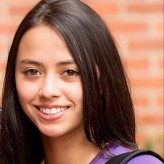 Zahra Casey is a content expert and Digital Marketer from the last 8 years. she is a fan of technology, music, and entrepreneurship. she loves to Writing Blogs about the trending topics. Check out our website, website clone