There’s no denying that Java development has come a long way over the years and has played a massive role in creating brilliant products. For instance, Android, the largest mobile OS across the globe, works on Java. Also, the most noteworthy feature of Java development, which’s insanely popular among programmers, is the object-oriented programming (OOP) model.

Using the modular nature of OOP, any programmer can directly leverage the benefits of reusable code, thereby enhancing the entire software development procedure. Therefore, if you are on the fence about whether you should learn the Java programming language in 2021, then the following set of reasons will convince you regarding the same.

The entire Java language follows the principles of C & C++, but with enough simplicity to make it easy for the programmer to learn. Thus, the Java development process is much easier & smoother than learning any other language.
Java has strict rules when it comes to writing code; However, such inflexibility allows developers to be careful when writing the code.

Even though Java is a few decades old (founded in 1955), it is still versatile and can be applied to build cross-platform applications. From implementing the IoT to developing web applications, Java has a wide selection of use cases. Furthermore, Java also helps in powering training platforms, analyzing massive data sets, carrying out scientific & mathematical calculations. So, once you’ve learned Java there’s no limit to what you can achieve and build with your imagination.

While the exact number is unknown, the number estimations can be in millions. Java has a massive community of loyal developers who have been using the programming language for a very long time. For instance, on Stack Overflow, Java has a 44.1 percent developer interest (according to Stack Overflow 2020 survey), Moreover, there are more than 1.4 million Java repositories on GitHub, meaning that Java is far from being old & dingy. Since the reliance on Java is still present, you’ll have no issues finding & learning a resource that matches your needs & requirements.

Java does not depend on any particular platform to be operated. When you convert the Java source code into bytecode, the code can be run on any platform using the JVM or Java Virtual Machine. For example: If you code your Java program in a Linux environment, it can then be run on a Windows platform because it is independent of the platform that is being utilized. Thus, as a programmer, it can make your life so much easier. Moreover, Java is open-source.

Choosing a powerful IDE(Integrated Development Environment is crucial in learning your programming language. There are many IDEs out there, allowing one to write, debug and run Java code. Thus, the features they offer can make your programming journey extremely straightforward, which forms one of the main benefits of using Java. Some popular Java IDEs are as follows:

API(Application Programming Interface) helps coders or programmers to create multiple types of software applications on their own without knowing their in-depth implementations. Using an API makes it easier to build an application based on your unique idea. These APIs tend to include various types of Java packages, classes, and interfaces, which assist the developer in creating the application effortlessly. APIs functionality includes XML parsing, I/O networking utilities, database connection, and much more. The three main categories of Java APIs include:

Programmers who tend to have a solid knowledge of Java coding are always in great demand. Since Java already has a massive install base, it creates more jobs in the software development & technology industry. Furthermore, the increased popularity of Android applications brought huge opportunities to people who love coding applications in native Java. Java coding interview questions and Java 8 interview questions could be of great help if you are preparing for a java interview.

It should not be a surprise; that the Java programming language is currently omnipresent in the technology industry. Due to its high scalability & stability, Java is used to build desktops, mobiles, and even large-scale applications. Java developers massively outnumber other programming professionals. According to a survey, there are currently over 6million Java programmers.

In the current day scenario, Java is immensely worthy because of its usage by programmers. Websites such as Facebook, Amazon, eBay, Linked In use Java to build their cross-platform applications.
It also lets developers build cloud development, enterprise application development, the Internet of Things, financial services, the banking sector, and the like. Java is continuously supported with added performance fixes and security patches, making its development roadmap more robust.

When coding in Java, you can also create unique, miniaturized, and dynamic programs that can run alongside the Java web pages. Such programs are called applets, Making it easier to display maps, weather, games, and the like. They can perform small tasks on client-side machines such as show images, play sounds, obtain user inputs, with various other functionalities; Moreover, they are highly secure & safe to use.

The applets can run in Java or any other programming languages such as JRuby, Jython, Scala, Eiffel, and Pascal.

In the current day & age, there is no right or wrong coding language to learn. But, if you are a budding programmer and want to learn a new coding language, Java is one of the diverse languages out there. It has a steep learning curve, making it great for programmers who want to learn while having no prior experience in coding. Moreover, it has a strong developer community to support any programmer whenever one needs any help, in case of any hiccups along the way.

There has been a constant rise in demand for Java developers, the versatility that comes with knowing Java allows you to pursue any career pathway – from software to game development. 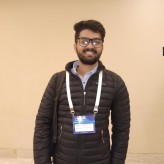 Pink city is my place, blogging is my space, co-owner at sunrise electronics and founder of writers together. I believe in spirituality and power of Lord Shiva for the peaceful soul.

Previous ArticleTop 30 Creative Marketing Ideas to Boost Your Business
Next ArticleHow Virtual Reality is Shaping the Technology of the Future
THE Skinny
Socialnomics Trends December 5, 2021