8 Ways to Use Your Cryptocurrency

8 Ways to Use Your Cryptocurrency

Cryptocurrency has emerged as a groundbreaking iteration of currency, which is rapidly gaining popularity amongst the masses. Virtual currency has piqued the interests of many people because it is decentralized and anonymous. Consequently, there are barely any fees associated with using it, and it has a significant potential for profit.

According to CoinMarketCap, there are more than 6700 cryptocurrencies in existence. All cryptocurrencies’ total value exceeded $2.2 trillion in April 2021, while the most popular digital currency, bitcoin, was pegged at $1.2 trillion.

Most people consider cryptocurrency as a high-risk investment with little usage in the real world. However, there is a range of intelligent ways to use your cryptocurrency. Here is how:

Owing to its continually expanding network, you can now use cryptocurrency to travel around the world. You can spend your virtual money to book flights, hotels, rental cars, and cruise trips through dedicated and credible travel agents.

Moreover, you can also use specialized ATMs to convert cryptocurrency into your destination’s local currency in most major cities across the globe.

You can also use your cryptocurrency to pay for tuitions in several universities that are adopting the novel payment method. The list includes prominent educational institutes in New York, UK, Cyprus, Berlin, Switzerland, and Vietnam.

However, there are certain caveats involved. For example, the Lucerne University of Applied Sciences and Arts in Switzerland does not handle the bitcoin transaction. Instead, it uses the processing firm Bitcoin Suisse AG to facilitate cryptocurrency payments. Thus, the university itself does not possess bitcoins, and Bitcoin Suisse AG bears the exchange rate losses and currency fluctuation. The advantage for students lies in the fact that those who utilize bitcoins for tuition payments will incur a 1% payment fee, which is significantly lesser than the standard payment fee.

Many companies are adopting cryptocurrency as a viable payment method and defying the status quo to evolve as a brand. You can spend Bitcoin in exchange for tangible products in some of the major retailers that accept cryptocurrency.

You can shop for household items, indulge in beauty products, eat out and look into cars for sale, using your digital currency in major stores. You can pay with your bitcoins using your Coinbase Wallet, via a QR code, or through a bitcoin address. The transactions are safe, secure, and private.

While more and more retailers accept cryptocurrency, there are still not many to forego legal tender altogether. Therefore, instead of converting your bitcoins into hard cash, you can get a bitcoin debit card.

The card allows you to connect your virtual money to a debit card so you can buy goods and services from any retailer without worrying about exchanging your bitcoins for traditional cash. It functions similar to a standard bank card, and the debit card companies handle the exchange in currencies behind the scenes.

Major credit card companies, such as Visa and Mastercard, are issuing these cards. Therefore, since Visa is accepted worldwide, you can conveniently spend your cryptocurrency using the bitcoin debit card.

There are numerous pros of switching to the use of cryptocurrency, including convenient money transfers. With digital currency, you can send and receive money quickly and efficiently at a meager cost.

Conversely, monetary transmissions conducted through a financial intermediary have a much higher fee and takes several days to be complete. With cross-border transfers, the cost becomes steeper, and durations become longer.

Thus, the use of cryptocurrency for overseas money transfer results in a more expedient system with nominal cost.

Moreover, you can also use digital money to raise funds for your non-profit organization. According to CoinDesk, the number of active Coinbase users grew by 117% in the first quarter of this year. This opens up a massive number of people that you can approach for your fundraising quest.

You can also use your digital coins for charitable endeavors. Due to the cryptocurrency’s transparency and security in transactions, it has become a highly effective way to donate to your local and international charities.

Subsequently, as the use of cryptocurrency gains momentum, a few major charity organizations have started accepting it as donations. The Water Project can receive multiple forms of cryptocurrency, and it is one of the first nonprofits to start accepting bitcoins.

Other nonprofits, including Red Cross, Save the Children, and UNICEF, have also added bitcoins to their donation alternatives, with hopes that more charities will join the ranks soon.

To assuage their privacy concerns and maintain anonymity, people are turning towards companies, such as Monero and Zcash, which offer privacy coins. These anonymous cryptocurrencies allow individuals to send large sums of money without any delay caused by bureaucratic processes.

You can send and receive money with complete privacy regardless of the amount, and you do not have to explain to a bank the source of your funds.

Cryptocurrency is on its way to revolutionizing the monetary system, as it gains immense popularity globally. You can find the use of virtual currency in almost every aspect of your life. You can spend the currency directly at the various retailers that accept cryptocurrency or get a bitcoin debit card so your bitcoins can function as traditional money. You can always withdraw cryptocurrency as cold cash from specially designed ATMs placed all over the world. 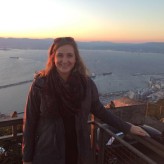