Harry Potter is a name well known to millions of people. It is one of the most-watched movies in the world with millions of lovers. It is the story of a boy who is a student at Hogwarts School Witchcraft and Wizardry. The movies are a great watch for all ages who love fiction, drama, and fantasy.

If you feel like watching Harry Potter, you can rent or buy it on Amazon Prime or watch it on Netflix. In case you are unable to find Harry Potter on Netflix, it is because of geo-restrictions. However, you can bypass these geo-restrictions with the help of a VPN. If you are a Harry Potter fan, there is something more coming your way. The Harry Potter game is about to be launched somewhere in the next year, and here we will discuss what it is bringing to the world.

The leak of this game’s trailer happened in 2018 and is now officially confirmed by Warner Bros. The company said that the game would be released in 2021 for PS5, PS4, PC, Xbox Series X, and Series S. According to the announcement of Warner Bros,  “Hogwarts Legacy” is an open-world Harry Potter game and is about to be launched somewhere in the next year. The game is expected to be launched across all the major gaming platforms. Disney Infinity Avalanche Software developed the game. The game is developed around the concept of the iconic Hogwarts from Harry Potter. But, to make it contemporary, the players will create their own characters and engage in witch and wizard-related activities.

In a press release, Warner Bros. explained the game as an “open-world, single-player, action role-playing video game set in the 1800s Wizarding World.” In the game, players experience life in Hogwarts School of Witchcraft and Wizardry with a new perspective. In fact, in a perspective that they want to create. This will let them explore and embark on an amazing journey where they can explore the hidden truths of the Wizard World.

In a blog post on Sony’s Website, Avalanche Solutions confirmed that they are involved with the development of Hogwarts Legacy, and the game will come out with the ‘Portkey Games’ label. This will make the players return to Hogwarts amidst a completely different era. They moreover stated that we were always curious about how we would be draw something from the amazing characters’ creatures and themes. These small details were in thorough discussion before the development of the game. Then they came across some different ideas to give Harry Potter fans something familiar with a new perspective and something that they have never seen. 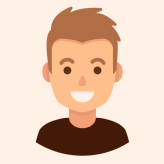 I was always interested in colours and design, and that was what brought me to the field of graphics. I learned to design at first and then went in to explore the field of animation. Currently, I work at Animation Dok as an animator. Within three years of experience, I have worked at numerous projects, and this has enhanced my animating skills.