The financial sector is an increasingly frequent target for cybercriminals orchestrating ransomware and phishing attacks. Here’s a look at why that’s the case, as well as some recent trends.

The people who plan and carry out phishing attacks usually do so in ways that urge people to respond immediately to avoid disastrous consequences. The financial industry’s focus on money and investments makes it ideal for scammers who want people to comply without delays. For example, an email could tell a person they must provide personal information to avoid getting locked out of an account or having their credit cards frozen.

Data shows that the financial sector was the second most-targeted online industry for phishing attacks during the first quarter of 2020 alone. It accounted for 19.4% of attacks during that period.

That time frame is notable since many people likely did more banking at home as the COVID-19 pandemic became more severe and caused location-based lockdowns. If a person cannot or strongly prefers not to bank in person for the sake of health, maintaining access to their online accounts becomes even more important.

Ransomware restricts access to files unless the targeted person or organization pays the demanded amount in time. Paying the ransom does not guarantee success. However, many of those targeted take their chances anyway and hope for the best, especially if they do not have backup copies of the compromised files, or the relevant records are sensitive or confidential.

A worrying trend uncovered in a recent report was that 25% of banks experienced attacks designed to cause the maximum damage to the targeted organization rather than to generate ransom payments.

People expect financial services companies to be there for them consistently. Any disruptions could cause consumer mistrust and ultimately make users take their money elsewhere.

Ransomware also causes significant challenges to the affected parties because it may require all staff members to resort to pen-and-paper methods while a cybersecurity team addresses the issue. As such, many financial services companies may need to temporarily stop providing some types of assistance or offerings to customers.

Decisions about loans and investigations of suspicious payments are two of the many things generally handled with computers.

The goal of finance services phishing attacks and ransomware efforts is not necessarily to convince victims to give their details or pay money. Cybercriminals frequently have their sights set on an organization’s internal data and documents, all of which could have information to exploit.

For example, a July 2020 cybersecurity alert addressed to Securities and Exchange Commission registrants warned them of a multifaceted approach to cybercrime. The perpetrators first infiltrated financial institutions’ networks to get their internal files. They then deployed ransomware and insisted that organizations pay to retrieve their content.

This arrangement emphasizes that cybercriminals want to do more than get money from their victims. They want lucrative information, and financial brands have plenty of it.

Regardless of which industries they target, cybercriminals thrive on wreaking havoc. That reality is particularly unsettling due to the dependence people have on their financial institutions.

Those participating in criminal acts online also hope to make huge impacts that go beyond a single location. For example, many ransomware attacks involve entire hospital networks rather than one facility.

An analysis showed that carefully planned attacks on financial companies could have a substantial reach. It indicated that a cyberattack on any one of the five most active U.S. banks would affect an average of 38% of the whole network associated with that single entity.

Another finding from the report was that even cyber issues from banks with less than $10 billion in assets would prove severe enough to impact the network significantly.

Cybercriminals put their attention into actions that provide them with the most benefits. Focusing on the financial sector has that effect since the damage can compromise activities for multiple network members or even the third-party companies doing business with them.

The Sector Must Take Cybersecurity Seriously

These examples strongly indicate why relevant brands must fight back against finance services phishing attacks and efforts to hold files ransom.

Parties in this sector cannot assume or hope that cybercriminals will overlook them in favor of another industry. The time is now for financial organizations to examine their infrastructure for weaknesses and take decisive action to fix them. 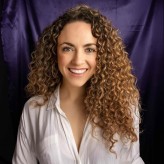 Devin Partida is a technology and business writer, as well as the Editor-in-Chief of ReHack.com.