Is TikTok Marketing Really The Future of the Digital Marketing Industry?

Is TikTok Marketing Really The Future of the Digital Marketing Industry? Facebook started as a social platform for people to engage with friends, and to connect with new people. Today, Facebook is much more. Similarly, Instagram has also transitioned into a lot more than just a social media platform.

For Businesses, they have become a platform to market their products and services through content marketing, ads, and influencer marketing.

Similarly, TikTok started as a social media platform but has transitioned in a similar manner, albeit, a lot more quickly than Facebook and Instagram. TikTok influencers and celebrities have become an essential part of the TikTok landscape, helping businesses improve their market penetration through several different marketing campaigns.

So how did TikTok really start, and is it really the future of digital marketing? Let’s take a look.

How ByteDance Started TikTok Through Rebranding

Bytedance, the company that owns TikTok, introduced its new app in 2016 called Douyin in China. After initial success, with over 100 million users in one year, and an average of a billion videos watched daily, Bytedance decided to rebrand the app for a launch in the international market. This rebranded app was named TikTok and was launched in September 2017.

In just 4 months, TikTok was topping the charts as the #1 free mobile app in several countries and started to show promise as a rising social app. In November 2017, TikTok merged with Musical.ly, which dominated the western market as a social music app. This paved the way for TikTok to be released in the US on 2nd August 2018. Today, it has cemented a place just below the big three, Facebook, YouTube, and Instagram, in terms of the number of users, with over 800 million active users.

Since its complete international launch, the TikTok has been downloaded over 1.5 billion times on the App Store and Google Play. Why  TikTok Is Becoming A Digital Marketing Powerhouse.

TikTok is very popular in countries with a younger demographic, such as India. This means that for businesses that target a younger audience, the platform is just as good a platform to conduct a marketing campaign as Facebook and Instagram.

TikTok is a platform that provides a visual experience and promotes excess consumerism because there’s barely anything to read there. While Facebook is still a platform with mostly textual information, TikTok is a video-based platform. This makes TikTok’s content far more consumable than Facebook’s.

According to Hubspot, 54% of consumers want their preferred brands to create more video content. In order to satisfy this demand, TikTok is a platform that brands can leverage for their video marketing strategy in order to tap into a younger market.

For businesses that provide services in the 16-24 age group, they know that their target audience is more interested in entertainment than in political and social news.

While TikTok positions itself as an entertainment platform, Facebook has slowly transitioned into a social media app come news platform. By this, I mean that the nature of the content on Facebook has diversified from pure entertainment to news-related.

This means that for the younger population that is looking for entertainment, TikTok is a platform of dense entertainment content, making it a lot more attractive.

This is why, as a digital marketing platform, businesses should look towards monetizing through it, if they target a younger age demographic.

TikTok’s popularity cannot just be attributed to the product or its marketing, rather the hype around it. TikTok is a highly personalized platform

With the rise of TikTok downloads, it became inevitable that celebrities and high-profile people would take an interest in the platform. According to Guardian, “The success of any burgeoning app is often tied to the early adoption of a key celebrity.” For Snapchat, it was Kylie Jenner who took to the platform, which resulted in her fan base to swarm to the app. Similar trends have been noticed on apps like Instagram, and Twitter, where celebrities joining resulted in a massive surge in user activity.

Now Jimmy Fallon, the host of The Tonight Show, has joined TikTok, which could result in a rise in popularity of the app. Alongside Jimmy Fallon, you have Jennifer Lopez, Amy Schumer, Paris Hilton, and Marshmello amongst others who have joined the social media app and with them have brought their millions of young followers.

The Impact of TikTok on Social Media Marketing

TikTok has opened a new kind of marketing opportunity for businesses. The platform promotes a kind of raw marketing that is unconventional.

From video marketing campaigns to hashtag trend creation, brands have really started to leverage the market. Not only that, one of the best opportunities that businesses are leveraging on TikTok is influencer marketing.

“TikTok celebrities” are in demand, and businesses are partnering up with these influencers to increase their reach. This is similar to Facebook influencer marketing, except it is a lot more targeted due to the narrow nature of the target market that TikTok has.

Today, TikTok has become the new wave of social media marketing, and brands are doing their best to be the first movers to extract the maximum benefit out of these campaigns before they become commonplace, and their effectivity drops down.

@brittany_broskithe duality of man. On oct 31 u can get a burrito for $4 if u come in costume after 3pm. EAT UP MY BABIES!!! ##Boorito @chipotle ##ad♬ Strange Affair – Ronald Stein

Take a look at Chipotle as an example. For Halloween, Chipotle introduced a $4 burrito offer for people who would come to their outlets in a Halloween costume after 3 P.M. They sponsored a few influencers such as Zach King, Brittany Broski, and JifPom to participate in the campaign to make it viral.

The campaign asked TikTok users to post videos of their before and after Halloween transformation using a sound bite produced by Chipotle. They promised the users of the top 5 videos(based on total likes) free burritos for an entire year. The hashtag they used was #Boorito, which racked up a staggering 3.6 billion views through influencers and their advertisements.

Similarly, the video game company EA Sports latched onto the TikTok subculture of gaming, on which #Fortnite has over 14.3 billion views. The gaming industry heavily attracts millennials and Generation Z, which is the predominant generation that TikTok attracts.

EA has since used TikTok marketing campaigns to promote their games Fifa 20, Apex Legends, and Plant vs. Zombies, raking up 500K+ through influencer marketing, using prominent TikTokers such as Indie Cowie, Gil Croes, and Brent Rivera. Even chains like Walmart are leveraging TikTok influencer marketing. Even though Walmart has a substantially wider target audience, they realized that investing to make consumers out of the younger generation is incredibly profitable in the long run and targeted that demographic through their #DealDropDance, a Black Friday Campaign.

Walmart signed on six influencers with a combined following of 17 million users. One of those six influencers, OurFire, generated 57K likes and 739 shares on their video featuring the couple dancing in a store and expressing their joy of saving through the Walmart Black Friday Sale.

But these are not all. Brands such as Charlie’s Angel, Mucinex, Kool-Aid, Gymshark, and Calvin Klien, have invested in TikTok influencer marketing to improve their reach in millions. This shows that the top brands in the world are all treating TikTok as a reliable and serious marketing platform.

These TikTok campaigns are relatable because they showcase common users that people can relate to rather than seeing celebrity advertisements and promotions, which are a lot harder to relate to.

This marks a transformation in the world of social media marketing where a combination of comedy and promotional content is soaring in popularity and providing massive value to businesses. Generally, digital marketing campaigns are professional and serious in nature, but the nature of TikTok has transformed the kind of content brands are producing.

Light-hearted content that is consumable is flourishing on TikTok, which means that brands are rethinking their creative strategy to mold their content to best-fit the TikTok market.

The biggest impact of Chinese Apps have had in the global app development market is the introduction of personalization and localization in apps, and multi-purpose apps such as WeChat.

Through several case studies, China has proved that localizing apps has immense untapped potential. This is exhibited by their app launching strategy for games like Rise of Kingdoms, PUBG, and Guns of Glory.

All these apps were launched for the Chinese market and then repurposed for an international market, with immense success. The reason behind this two-tiered launch approach. Apps work better when tailored to specific audiences. This is something the Chinese app developers, especially Tencent, have leveraged to create apps that have transformed the industry.

This is the kind of strategy they applied to develop TikTok, and now western app developers that are looking to penetrate the Chinese app market are now using to make the most of the biggest mobile app user base in the world.

What Should Social Marketers Do To Leverage TikTok Marketing

By following these steps, you can create a potentially viral TikTok marketing campaign and outperform your competitors who are stuck in the world of conventional digital marketing by becoming an early mover.

Does The Indian Ban on TikTok Mark an End To Its Rise As a Digital Marketing Platform?

Last week, TikTok was banned by the Indian government on account of security reasons, amongst 59 apps that were blacklisted. For TikTok, India is a market with 120 million monthly users. With that kind of a user base loss, TikTok is bound to be hit hard in terms of its potential as a digital marketing platform.

Now, the US Secretary of State, Mike Pompeo, has hinted that they are also looking into the possibility of banning TikTok even in the United States. For TikTok, that could be disastrous. Losing it’s two prime markets could mean not just the end of TikTok as a marketing platform but also as a social platform.

In my opinion, I don’t think such a drastic consequence will actually manifest. There are two reasons for me to believe this.

For digital marketers and social media marketers, giving up on TikTok right now would be an unnecessary knee-jerk reaction. The platform has shown incredible promise and has positioned itself as a powerhouse platform for marketing, and brands should still look to create their strategies for it, even if they want to wait out this problem before executing them.

TikTok has really shaken up the digital marketing world over which Facebook, Instagram, and Youtube had a clear monopoly, but based on the stats and analysis we’ve talked about, it’s clear that TikTok has disturbed that monopoly.

Is TikTok the future of digital marketing? I think with the information we have today, it indeed is! Unless India and the US ban TikTok for good, coupled with Bytedance not moving its Headquarters out of China, it’s more likely that TikTok will realize its potential as a true force in digital marketing and a become a new platform that businesses will have to leverage to first find a competitive edge, and then match the competitors who successfully do it before them. 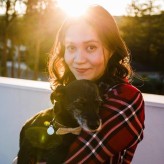 Jane Collen is one of the leading writers of Tekrevol LLC and BuzzFlick, Tekrevol a digital solutions company for startups and enterprises and BuzzFlick is a pioneering firm that delivers all types of 2D animation videos for brands.