Is Globalization Over in 2020?

Is Globalization Over in 2020?

At the turn of the century, globalization wasn’t just a buzzword, but the tangible promise of an interconnected future. According to the champions of globalization, the economic system of tomorrow was one in which information, people, and products would move freely across borders. Accelerated by the internet, globalization would be a complex and progressive process, affecting our economies, cultures, and societies.

Twenty years later, it can be hard to tell whether we’ve achieved the dream of the global village. It depends on where you look. The idea of a fully interconnected world with borderless trade and where every country is a melting pot might still have to wait. The rise of protectionism, from the Trade Wars to Brexit, has certainly slowed down -if not attempted to somehow revert- globalization.

Meanwhile, across government-inforced firewalls and censorious legislation, information and cultural products are constantly exchanged between users and companies from all around the globe. While commerce might raise restrictions, the internet’s very nature relies on borderlessness. The technology we use seems to impede ever going back to a fragmented world.

In this context, it’s worth asking: Is globalization actually coming to an end in 2020? And what can technology do to keep the globalization project alive?

From the Global Village to the 2008 Crisis

As an aftermath of the 2007-2008 financial crisis, skepticism towards global finance grew into mainstream culture. And it hasn’t gone away. UK surveys from 2012 showed a 71% rate of distrust towards financial institutions. The crisis also forced businesses of all sizes to cut costs. Most businesses in the developed world doubled-down on an old strategy: Offshoring.

In 2007, some scholars estimated that at least a quarter of jobs would be offshored within the next decade. Under the title “The White-Collar Job Apocalypse that Didn’t Happen”, the New York Times reports that in fact, linguistic, legal, cultural and practical barriers prevented white-collar job outsourcing on a mass scale. But, still, manufacturing jobs are being massively outsourced to this day, and in spite of the economic protectionism that post-2008 discontent demanded. For instance, since 2016, 10 thousand jobs at US government contractors were offshored.

If we measure globalization by the prevalence of international production processes, it’s far from dead. If we measure direct international investment, on the other hand, we’ll begin to get worried. In the second quarter of 2019, direct international investment decreased by 20% in comparison to the second quarter of 2018. But, if we look at the McKinsey Global Institute’s numbers about cross-border data flows, we’ll get a snapshot of a world that is increasingly interconnected.

Globalization is far from dead, and that’s thanks to our growing born-global digital economy. The number of terabits of cross-border data exchanged per second grew to 1,400 in 2017. This is incredible, considering that the number was as low as 100 terabits in 2012. And according to McKinsey, data flows are “[exerting] a larger impact on GDP growth than the centuries-old trade in goods”. Today’s information-based economy has borderless at its core and allows companies to operate globally with growth-oriented, less capital-intensive models.

But data isn’t moving alone. In spite of restrictions, we are moving as well. As shown in the 2019 DHL Global Connectedness Index, in recent years, flows of information and people increased. This can be perceived in the aftermath of the spread of Covid-19 (also known as Coronavirus), which was made possible by international tourists and traveling businesspeople.

This situation is perfectly synthesized by DHL CEO Frank Appel, in an article:

“Interestingly, digital technologies are powering swift growth of both domestic and cross-border communications. Global movements of people are also on the rise. International tourism has enjoyed a long upward trend, boosted by outbound travel from emerging economies and relaxed tourist visa requirements. And despite controversial immigration policies, migration increased as well in 2018.”

Even though measures like tariffs and other trade restrictions aren’t limiting globalization, there’s no denying the challenges that globalization poses. The workforces in developed economies can find it hard to compete with the lower costs of China and the global south. An interconnected economy is one in which a crisis will have global effects, while prosperity might be unevenly distributed during times of growth. And born-digital, born-global businesses can pose new regulatory challenges. And climate change is also a problem deeply linked with international trade and wide-scale production, as Cambridge University lecturer Jeremy Green explained in his recent book Is Globalization Over?

But this doesn’t mean that globalization is over. On the contrary, if there’s a defining trait to our interconnected, fast-paced world, it’s innovation and resilience. For instance, it’s worth noting that the 2008 crisis inspired the creation of technology like Bitcoin and other cryptocurrencies, which facilitate international exchange. As Green explained in a Bloomberg interview, “Globalization is much deeper and more resilient than it has been. And that buys us some time to reset globalization on a stable footing.” 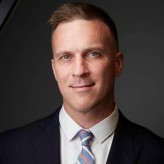 I'm a language polyglot and can speak 7 languages with varying levels of fluency. I'm also the President and CEO of Day Translations, a global translation company.

THE Skinny
Socialnomics Trends 2 months ago