With cyberattacks becoming more sophisticated, businesses around the world are bracing themselves for the next attacks.

One example of a new sophisticated threat is deepfake tech. A firm in the United Kingdom just last year lost $243,000 to fraudsters thanks to this technology.

The CEO of the firm received a call from someone posing as his boss, and transferred the money that was requested. He only became suspicious when the overeager fraudsters tried to get him to make an additional transfer.

We can hardly blame the CEO. Most people would have done the same thing. This attack – and many others – highlight that cybercrime can take many forms. In May 2019, a total of 903.14 million malware attacks were detected for the year.

This staggering number proves that we have a gargantuan task ahead of us. Cybersecurity needs a helping hand to cope with the onslaught. Fortunately, artificial intelligence is helping us in the fight against cybercriminals. In this article, we’ll look at how AI is helping cybersecurity become more efficient.

AI in the Fight Against Malware

Between 2015 and 2019, the number of new malware detections almost doubled. And, according to cybercrime statistics, malware costs as little as $1. It’s hard to credit this massive increase simply to new programs being developed.

This is proof that we’re becoming more adept at recognizing malware. That could be, in part, thanks to AI.

Why Use AI in Cybersecurity Applications?

Security companies around the world have been incorporating AI into their software to great effect. Why?

Recognizing these patterns is essential in the fight against cyberattacks. Bad actors often disguise their malware. Prior to the inclusion of AI in the software, all we could do was scan for the malware itself. If the malware was cleverly disguised, it would often be missed.

A phishing attack is aimed at getting the victim to give out sensitive information. This could be in the form of linking to a fake website to get the victim to punch in their username and password.

Phishing can also take place through social engineering. In this case, the phisher might pretend to be someone else or befriend the victim.

Phishers may attach malware to their email, or lead to a site that includes malware. Phishing can take many forms.

AI is a valuable tool here. Companies opting for cloud-based security software stand to benefit the most. Why?

The software screens all incoming emails before they reach the company’s servers. Not only can AI check the messages for flagged phrases, but it can also check if the links are legitimate. It’s not accurate 100% of the time, but it is a vast improvement on what went before.

Most importantly, perhaps, it flags messages that might be suspicious. Companies can still open spam emails, but they’ll be more cautious in doing so.

Do you enjoy a great meme to start your day? Who doesn’t enjoy relaxing at the office for the few minutes it takes to read a funny email? Unfortunately, this behavior puts the company at risk. Those memes and funny emails are often used as tools to deliver malware.

AI can detect more than just patterns. It can also detect open rates and forwarding rates. If you have an employee who consistently forwards suspicious emails, AI could detect that. The company could then take measures to put stricter controls in place.

Sometimes, employees aren’t as innocent as they appear. They may use their access to systems to steal data that they can sell. To spot this kind of crime in a large company used to mean many hours of manual checking.

AI can perform the same task within a few minutes at most. It also allows for 24/7 monitoring of all systems. If an employee accesses a part of the system they don’t need to, it’s fairly easy to pick up.

This 24/7 monitoring is essential because it allows a timely response to incidents. Just last week the BBC broke the news of a Virgin Media data breach. As breaches go, it wasn’t the biggest out there.

Around 900,000 users were affected. What’s frightening, though, is that the data was on the web, unsecured and easy to access for ten months. While it didn’t contain usernames and passwords, it did contain phone numbers and other information that hackers would find useful.

The point is that Virgin Media was careless. If they would have had AI scanning their databases, this issue would have been picked up a lot sooner.

With a data breach or attack, responding quickly is your best form of defense. AI can act immediately when a threat is detected. It can enact protocols to shut down the system or quarantine the threat.

AI provides essential support for a business’s cybersecurity team. We’re not at the point where AI can take over security functions altogether. That said, we’re fast finding that AI is an essential component in the security industry.

AI still requires some human assistance at this point. While machines are getting quite clever, they’re still no match for a human analyst with experience. They are, however, more than able to handle the more tedious aspects of penetration testing.

This will allow companies in the future to run more effective pen tests on their own. Combining AI and cybersecurity is a win-win situation. Let the machine handle those boring tasks that no one wants to do anyway. That leaves the security team more time to come up with better defenses against attacks. 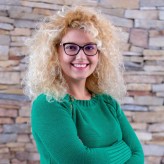 Toronto born, puppy-lover and passionate blogger. Traveling the world and proving people wrong is my specialty and hobby. Love reading up on the newest trends and have a passion for anything creative and trending.