When you’re thinking about building and launching an app, one of the first things you’ll want to know is how much it’s going to cost. It’s a logical question, but the answer is complex. That’s because costs will vary greatly depending on the app itself and the functionality. The more complex the app, the more features it has, and the length of times it takes to develop will all impact development costs.

Defining a clear project scope upfront will help you estimate the costs to develop your app. Before you do, however, you need to be aware of the hidden costs that may not be immediately obvious. Consulting firm Forrester suggests that development costs alone account for as little as 35% of the total cost over the first two years of an app’s life.

There’s much more to it than just developing an app and turning it loose. You’ve got to research, text, and market your app. After launch, you’ll need to maintain your app, handle user feedback, and update the app as technology changes.

With the amount of money you will spend on an app build, you will probably want to do some basic research to determine the right path to take. You don’t want to spend time (or money) building something that customers won’t like or lacks the features they need. Conversely, you don’t want to add on features that aren’t needed.

In addition to upfront consumer research, you may also need to conduct UX (User Experience) testing, focus groups, and surveys before going to market.

Even if you have a strong customer base or loyal fan base, you’ve still got to get the word out about your app. Right now, there are more than 2.4 million apps in the Google Play store, more than 1.9 million in the Apple iOS app store, and more than a million in the Windows and Amazon app stores. That’s a lot of competition.

Speaking of the different app platforms, development across platforms will add to the cost. If you want to have a native app in both Android and iOS versions, you’re really building two apps. The coding will need to be done separately in different programming languages.

As an alternative, cross-platform apps can be developed.

Depending on your agreements, you may have fees for bandwidth and number of users.

App developers typically will offer ongoing software maintenance into the proposals. The industry average for annual maintenance is between 15 and 20 percent of initial development costs. This can add up quickly if you’re not prepared. The alternate, however, is an app that can quickly become obsolete or frustrate users when bugs are discovered.

Also, the more platforms your apps serve, the more maintenance will cost.

Despite the high costs for ongoing maintenance, it’s essential. Here are just a few of the things that need constant attention:

You also need to think about how much your IT team is willing to take on and how much will need to be done by an outside vendor. This depends on your level of expertise and comfort level.

These are just some of the things that can add to costs if you’re not careful. Make sure you understand the costs of each area and the total costs of app development before you start your build. Whether you are doing app development in-house, hiring freelance developers and designers, or engaging a mobile app development agency, you want to be confident you have the right budget and avoid any surprises in the future. 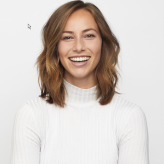 Megan Wright is the Chief Editor for ChamberofCommerce.com. Chamber specializes in helping small businesses grow their business on the web while facilitating the connectivity between local businesses and more than 7,000 Chambers of Commerce worldwide. As a small business expert, Megan specializes in reporting the latest business news, helpful tips and reliable resources, as well as providing small business advice. She has significant experience with the topic of small business marketing, and has spent several years exploring topics like copywriting, content marketing and social media.