This article is all about data science. Although it has a rather negative title, it is actually an encouragement for people to join the ranks of data scientists. However, it makes a strong plea for them not to be arrogant but rather, humble servants of humanity with a vital mission, as we all lurch into the twenty-first century.

Before we begin, a few popular terms that need clarification:

What is data science?

Data science is a field of knowledge that uses scientific methods, statistical techniques, mathematics, algorithms, and computers to get knowledge from all sorts of data then apply that knowledge and make predictions using it. Other terms for data science are data mining and big data. Data science has been described as a sexed-up term for statistics. Some say the term is used too much and has lost its usefulness. A very good website for getting a feel for the vastness and scope of data science can be obtained following this link.

Data science is closely associated with data analytics, machine learning, and even artificial intelligence. Without giving a precise definition of these, the reason for this is that, currently, each of these three disciplines uses data science. In fact, data analytics and machine learning are forms of data science. Artificial intelligence is a bit more though, but we won’t go into that at this stage.

What are some applications of data science?

Why become a data scientist?

How do you become a data scientist?

In an earlier section, we said you need a background in mathematics. This should include lots of probability and statistics. You also need plenty of experience in using computers. If you can program in one language then you can easily switch to another, as some languages, such as R and Python are widely used.

How to become a data scientist when working in another job?

The previous paragraph is a useful guide to someone planning an undergraduate program, but what about someone working in another field? There are plenty of people who have switched to data science from other careers. Assuming they have a good background in mathematics and computing, they can become a data scientist in at least three different ways.

Data scientists are usually in a team: Is this a problem?

Unless a company is small and only employs one data scientist, data scientists usually work in teams. Roles in this team could include people whose duties are in technical, interpersonal, business, or legal areas. A quote from a data scientist who works for a well-known accommodation company emphasizes this,” Every product team at our company includes designers, product managers, accountants, engineers and data scientists.”

A good team working together generally achieves far better results than a group of ‘stars’ that do not get on with each other.

Data scientists who are not team players are a serious problem

This statement applies to anyone on a team, not just data scientists. Anyone who becomes a data scientist could well become a menace when working in a team they do not contribute to as best as they should. They are at their most dangerous when they are unchecked and become the numbers guy or gal.

Anyone perceived and treated this way has to be very mature and exhibit high integrity.

Some data scientists who were not team players

In this short article, I hope I have convinced you to consider becoming a data scientist. The article has indicated the background and training that you need in order to become one. If you become a data scientist though, you will usually be part of a team. Human beings work best in teams and their greatest accomplishments were executed in teams. Data scientists who fail to realize this fact are a menace. 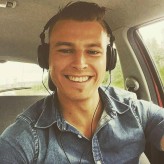 Norman Arvidsson is an experienced freelance writer and an expert in marketing. He knows everything about technology, business writing, and web design.

Previous ArticleThe WHO Classifies Burnout as a Disease
Next ArticleFounder of Facebook Asked to Step Down
THE Skinny
Socialnomics Trends December 5, 2021