How a Progressive Commercial Reveals the State of Consumer IoT Adoption

Connected devices represent both the consumer and commercial potential of IoT technology.

Specifically, IoT technology allows people to adjust their immediate surroundings to their liking through a system of connected devices.

It also offers brands the opportunity to access granular data about customer behavior and sell products that consumers rely on for their everyday lives, which creates brand loyalty.

The potential of IoT devices, though, have yet to be fully recognized: Consumers still hesitate to fully invest in IoT technology.

The reasons why consumers have not fully embraced IoT include necessity, connectivity, and convenience – each of which is explored in a recent Progressive commercial.

Progressive’s Perception of The Internet of Things

The full potential of IoT devices is well demonstrated in a recent Progressive commercial, “Future Son.”

In the commercial, a teen uses IoT devices to accomplish an array of tasks using voice commands, including:

This illustration represents an exaggerated perception of a “connected world.”  It’s an indulgence on new technology that borders on absurdity.

Some elements of this demonstration, however, namely voice command and connected applications on smart home appliances, are realistic and certainly possible.

In the Progressive commercial, the teen uses voice command to direct his devices to accomplish a wide variety of tasks. There is no doubt this is more time-efficient than driving to get pizza or manually searching online for a dog sitter.

The volume of tasks he attempts to accomplish using his devices, however, is overwhelming. People don’t order pizza, play video games, search for a dog sitter, and check the temperature at the same time – and they certainly don’t need to.

Though potentially less convenient, people can still accomplish those tasks manually and one-at-a-time.

The commercial hints at this – Flo, Progressive’s character spokeswomen, quips, “I think that’s just how people are now?”

This assumption is an example of technological determinism, a theory that assumes that because people have the technology to accomplish something, they will change their behaviors specifically to do so.

The problem with this view in this situation is that it takes for granted two factors:

In order to achieve connected functionalities between separate devices, it’s necessary for a consumer to a) own those devices and b) have them connected via applications on a remote device.

These two thresholds to consumer IoT adoption are quite significant.

First, to operate a system of connected devices, each device needs to have connected functionalities, or the ability to connect to internet networks.

To create a system of connected devices, then, people have to replace all non-connected appliances and devices in order to achieve advanced functionality like voice command between two devices – for example, telling your Google Home to turn down the temperature. This can be an incredibly expensive undertaking.

Second, assuming devices have connected functionality, they would all need to be compatible with at least one other IoT device in order to be remotely controlled.

Many times, this is not the case. Different brands compete in the IoT technologies market, thus have little incentive to create devices that easily sync up with software created by a competitor.

Instead, each company prefers that consumers create a “walled garden” of devices all made by their brand.

Consumers for their part, may be wary to do this. While a “walled garden” – for example, owning an iPhone, Apple Watch, Apple TV, and Apple Home devices – makes it easier to sync devices, it increases people’s reliance on a single brand and operating system to accomplish their everyday tasks.

The Future Is Bright for IoT

Progressive’s IoT commercial represents the benefits and challenges of consumer IoT adoption – the array of tasks that can be accomplished in addition to the lack of necessity associated with many of these tasks.

In the future, however, more devices will come equipped with connected functionalities out of the box, meaning that when people phase out their existing legacy devices, they will be automatically closer to operating in the internet of things.

At this point, it will be interesting to see how challenges with interoperability will affect how people invest in IoT technologies. 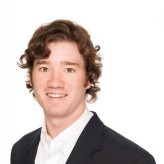 Grayson Kemper is a content marketing manager for Clutch.co, the leading research and reviews platform for B2B marketing and IT services and solutions providers. He focuses on emerging technologies and SEO research.