Analyzing the Reasons for Your Facebook Ad Campaign Failure

Facebook advertising is a nearly $40B dollar industry. The company’s revenues from advertising have been growing in double digits for nearly a decade now. Inevitably, a significant chunk of this revenue comes from new advertisers who are still coming to terms with the do’s and don’t’s of this medium.

If you are one such advertiser, chances are that your campaigns are still not offering you the kind of returns you were looking for. Even seasoned advertisers with years of Facebook ad experience under their belt routinely see their ROI dip over time. Analyzing the factors that move the needle and contribute to the success or failure of a campaign is important to ensure the longevity of Facebook advertising for your business marketing strategy.

There are a number of reasons why a campaign fails – poor ad copy, high CPC, poor engagement and low click-throughs. Analyzing the exact reasons your campaign failed may not be possible without knowing the marketing objectives in the first place.

A discount store may look at sales to measure the success of a campaign. A B2B SaaS tool, on the other hand, may look at the leads generated through the process. There may also be media organizations that seek engagement and visibility through advertising. A failure is essentially a campaign that does not meet its stated objectives.

To study the causes behind the failure, it is important to establish the desired benchmarks at each stage of your advertising campaign. Let us take the example of a discount store targeting sales through their Facebook ads. With a $100 advertising budget and a CPC of $1 per click, the store is likely to see 100 clicks. If the advertiser targets 10% conversion at a margin of $15 per sale, then the campaign should achieve 10 sales making $150 in net revenue. Accounting for the $100 advertising investment, the profit, in this case, is $50.

In the case of a failed campaign, the advertiser may end up making less than $150 in net revenue. To know why it failed, it is important to benchmark each of your metrics against the stated objective. Did the average CPC shoot up much over $1 per click? Or did you fail to get 100 clicks out of a campaign? If these metrics were not a problem, then the failure can be attributed to conversion.

Once you have identified the source of your campaign failure, the next step is to look at ways to fix them. Issues in the early stages of the campaign (like poor CTR) indicate two things – either you are targeting the wrong audience or your ad copy is not optimal.

There is more than one way to build a targeted audience for your ad campaign. Facebook’s ‘Custom Audience’ tool allows advertisers to upload their own customer file for the campaign. This is useful if you are targeting buyers of one product to advertise another product. For instance, you could build a list of people who purchased a best-selling book and can advertise to these buyers when the sequel is out.

You could also look at the ‘Lookalike Audience’ feature to scale up this list to reach other users whose profile is similar to the users in the customer file you have uploaded. But please note that this is Facebook’s own projection and may hence not yield desirable advertising objectives.

Other ways to target include using Facebook’s ‘Interest-based targeting’. This is handy if you already have a solid persona of your buyer. It is a good idea to hyper-target your audience to a very narrow niche and measure your conversion rates before expanding it further to include a broader niche. This way, you can continuously measure the impact of increasing audience sizes on conversion, and may thus tweak your ads accordingly.

At the same time, it is also worth pointing out that having too small a niche for a high budget ad campaign may backfire. With a very small audience, there is every likelihood for the ads to be displayed multiple times to the same user. Studies show that when the frequency is increased from 1 per user to 2, the average CPCs rise by 45%. When the frequency is increased to 5 per user, the CPC tends to nearly double. It is hence important to keep your audience size relative to the ad budget

If your campaign fares reasonably in terms of CTR and only fails at the conversion stage, the possible reasons could either be due to a poor landing page or user experience. One common problem among eCommerce businesses, for instance, is the ‘surprise’ charges in the form of shipping fee or taxes that are over and above the advertised price. These factors are known to cause cart abandonment.

To keep the user experience seamless is worthwhile for advertisers to consider native Facebook tools for conversion. For instance, advertisers could deploy chatbots that use the Facebook Messenger application to engage with prospective buyers and capture their lead information. Advertisers could also make use of the ‘Store’ option to promote products and convert customers from within the Facebook interface.

By keeping the UX consistent from the point of touch to conversion, advertisers can make sure that external factors like webpage loading time or design do not impact conversion.

Ad management is a continuous process. Campaigns that delivered stellar results in the past may fail to match your benchmarks other times. It is thus important to keep a close eye on what factors contribute to the rise and fall of the various metrics so that your ads can be tweaked to ensure high performance over the long term. 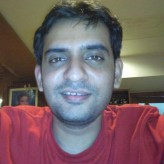 Anand Srinivasan is the founder of Hubbion, a suite of free business apps and resources.