Beyond the Desktop – How Online Discourse Impacts Offline Behavior

Beyond the Desktop – How Online Discourse Impacts Offline Behavior

We all know that individuals are largely a product of their environment. As social media platforms have become increasingly linked with daily life over the past two decades, the ‘online environment’ is becoming an increasingly prevalent force. But how large of a role does networking through social media play into our lives? Perhaps more than any of us realize.

The goal of behavior change marketing is to create changes in both groups and individuals that expand beyond the initial reach of the campaign. Read on as we explore how online discourse impacts offline behavior, and how marketing professionals can utilize this influence as a method of behavior change.

Social media channels offer a unique advantage for visibility, publicity and aggregating evidence of people’s choices. Humans react more positively to information when they believe it has been endorsed by many or few of their peers, even if these peers are strangers. Proof of options made by a network of friends/followers on social media platforms, can therefore significantly influence the choices of other users.

The bandwagon effect describes a phenomenon where the chance of people making decisions, adopting certain ideas or adapting their behaviors, increases when they become aware of other people who have done the same. Social networks can, therefore, produce positive effects on the real-world behavior of many users.

Studies suggest that social networks have a role in certain risk behaviors, such as smoking or alcohol consumption. Humans have an innate need to conform to the group ‘norm’. Therefore, when online social media discourse promotes healthy behaviors, such as quitting smoking, remaining smokers become influenced to join the ‘norm’ and also quit. In fact, a 2015 study showed that introducing a nutritional health intervention within a social network, and targeting the influential individuals of that network, enhanced that intervention’s adoption.

According to a recent study, the same brain circuits that are activated by winning money or eating chocolate, are activated when teenagers see large numbers of “likes” on their own photos. The concept of exchange and validation is therefore integral to achieving offline behavior change.

Providing people with incentives and validation for their efforts is key to transitioning online discourse to offline behavior. Social media utilizes incentive-based marketing better than any other platform. Consumers can often be motivated to share their favorite products with their friends and followers on social media, especially if their post offers a reward in return. This reward can come in the form of free products from the business, or simply ‘likes’ and ‘comments’ from peers.

Social media campaigns and corresponding monitoring apps are key tools used to leverage online influence in changing offline behaviors. These monitoring apps are leveraged for a variety of behavior change campaigns. These include money-saving apps and health and fitness trackers. Participants are able to see the real-world rewards of their efforts and continue to commit to the changed behavior.

In order to effect permanent behavior change, it is crucial to make the behavior a habit. People check their social media accounts many times a day. This provides a constant stream of online reminders, that become ingrained in the subconscious of the social media subscriber.

Marketing professionals leverage the impacts of online discourse on offline behavior, by providing ongoing, relevant and targeted content in relation to the desired behavior. As a result of continuous online reinforcement, consumers are motivated to continue to modify their offline behavior. 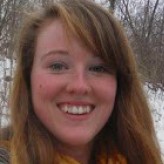 Sarah Williams has spent the past 5 years working with businesses to create digital behaviour change. Her expertise enables her to deliver measurable and dynamic behaviour change strategies to organisations that require real-time updates and results.