Why VCs Almost Blindly Invest in Founders with Previous Exits

Why VCs Almost Blindly Invest in Founders with Previous Exits

We analyzed thousands of founders and investors to understand the importance of entrepreneurship.

If you’re a founder, you probably hate raising capital. Not because you don’t want money, but because fundraising can feel like passing kidney stones… for a few months.

At least that’s the case for most entrepreneurs.

However, if you’re a founder that previously had an exit, raising capital is almost laughingly easy and can be a phone call away. It’s also not uncommon for investors to almost blindly back previously exited founders in their new ventures. This is especially true for founders with positive exits and those that the investors know personally.

Have you ever wondered why that is? That’s what I wanted to find out.

(“Exited founder” refers to someone that started, ran and sold a tech company)

And there’s plenty of research to back it up.

One paper found that having a prior exit not only has a strong positive effect on current firm revenues but also that “the current firm has a higher chance of going public if the entrepreneur’s previous venture was acquired.”

Similarly, another study looked at thousands of startups over several decades and noted that “successful serial entrepreneurs are more likely to replicate the success of their past companies” and that “skill is an important determinant of success for entrepreneurial startups.” They went on to add that “entrepreneurs who succeeded in prior business have a much higher chance of succeeding in the current business, compared to first-time entrepreneurs and entrepreneurs who previously failed.”

If we expect previously successful founders to have higher odds of future success, then how do later successes compare to previous ones?

As it turns out, researchers have found that “the number of prior firms going public increases the next firm’s revenues by an average of 115% each.”

Why does this happen?

The go-to answer is that founders acquire skills and knowledge through experience that makes them more prepared for future ventures. It could also be that successful founders move up to bigger opportunities and(as a result of their acquired experience) quite often achieve them.

If exited founders are more likely to succeed again and bigger than before, can they eventually reach unicorn-hood?

Most unicorns were started by experienced founders

As AileenLee mentions in her analysis of unicorns, founders of unicorns have lots of startup and tech experience.

Nearly 80 percent of unicorns had at least one co-founder who had previously founded a company of some sort. All but two companies had founders with prior experience working in tech/software.

It seems that the “billionaire college dropout” story, while inspirational and a great headline, is far from reality.

Now, this begs the question – how did successful founders start out? Is entrepreneurship influenced by certain innate traits that some have and others don’t, or is there a learning curve?

Benn Stancil’s analysis of funding data from thousands of startups found that serial entrepreneurs don’t all start as successful founders.

As Benn noted, this seems to indicate that “a large number of people who are willing to start multiple companies initially fail.”

This has important implications for investors that are willing to bet their money on first-time founders. The entrepreneurial learning might happen on their dollar, so to speak.

How important is experience to investors?

We’ve now seen that although many successful founders don’t start that way, they’re likely to continue to experience ever-increasing success and may even reach unicorn-hood.

Are investors aware of this? If yes, do they include it in their mandates?

To answer the above, I decided to ask 50 VCs & angels a simple question:

While the above scenario is over-simplified, it illustrates the importance that many investors place on experienced founders.

I think it’s now easier to understand why VCs would almost blindly back exited founders. Investors are definitely aware of the importance of experience and a track record.

If that’s the case, then why don’t all investors only invest in exited founders?

An interesting note from this paper mentions “when experienced and inexperienced venture capital firms invest in entrepreneurs with a track record of success, there is no performance differential.”

While raising capital from top-tier VC firms is a big boost for first-time founders, it doesn’t seem to have that big of an impact, if any at all, on founders with a solid track record. In other words, great founders will do their thing regardless of who puts in the money.

Instead of competing for limited spots in investor portfolios, as most entrepreneurs do, exited founders have it the other way around – investors compete for them. It’s no wonder that experienced founders usually get better terms when raising capital, as noted by researchers.

This begs the question – how do investors that are actually able to attract exited founders perform?

In short, investors that bet on exited founders get better returns.

VCs “almost blindly” invest in founders with previous exits because… 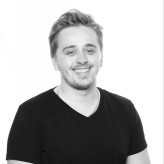