As the Gutenberg plugin gears up to be the mainstream editor for WordPress, it’s increasingly being scrutinized by critics, comparing its features with other well-established WordPress page builders. As bug reports and feedback keep coming, Gutenberg has been improving. Between the current version of Gutenberg and some of the best WordPress page builders currently available on the market, a compare/ contrast is necessary. If you’re not too happy with Gutenberg, you’re bound to have to look at other alternatives soon.

Divi Builder is one of the most popular WordPress page builder plugins. It’s a premium plugin with no free versions available. Although most people tend to use it to build pages while using the Divi theme (from the same company), this builder can be used as a standalone plugin to build websites and pages using other themes too.

Divi has a very strong focus on a simplified user experience. Its live front-end editor has a very neat user interface, with differently colored menus and rows that make it intuitive. Having been on the market for a much longer time, Divi has matured with an advanced feature set that includes multiple modules. These modules will typically cater to anything you need to set up a page within minutes. Another strong feature is the multiple pre-built templates (called layouts) which further simplify the design process.

Elementor is a relatively young plugin, especially given its popularity. It was launched in 2016 but has managed to garner close to a million downloads. Elementor is a very polished product and has both a limited feature free version and a fully featured premium version.

Due to these numerous active installations, and plenty of user feedback, Elementor was able to improve in iterations, with the current version being able to cater for almost all developer/ designer needs — making it a mature plugin even at a relatively young age. It has a broad element list and a template library that gives developers a good starting point for their projects. Gutenberg is absolutely free but still lags behind Elementor because of its current limited modules.

One great feature of Elementor is the ability to add the widgets created using other WordPress plugins, to an Elementor built page, making it a great assembly tool for merging various WP plugin functions into one page.

Together with Divi, Beaver Builder is one of the most established page builders in the market — in fact, you’ll often see such articles, such as Beaver Builder vs Divi, from popular websites which compare both of these plugins against each other. These two products have a significant customer base.

In reality, Divi focuses on designers who don’t like to code, whilst Beaver Builder is more inclined towards developers who prefer to have full control.

BB has also focused more strongly into specific niches. It has all the tools that make it quite easy to build eCommerce websites. While this feature is also available in Gutenberg, it’s not as effective. Beaver Builder is another plugin which has focused on a good UX, in fact, it is extremely fast and produces highly optimized pages.

By default, Themify Builder is packaged together with any Themify theme you use. However, it can also be downloaded and used as a stand-alone builder and is very intuitive. Themify has put a lot of emphasis on the designer side by providing superior design features that stand out among other page builders.

The builder also has several custom styling features such as parallax scrolling, video, and slider backgrounds to further enhance the designer’s options panel and plenty of other fancy features – with most of the focus on the builder being on these features.

The Page Builder by SiteOrigin is arguably the oldest WordPress page builder on the market. It’s also one of the most popular, garnering more than 1 million downloads.

The SiteOrigin has a simple drag and drop live editor that gives you complete control over the design process, without requiring the use of a single line of code, just like in Gutenberg.

However, SiteOrigin translates this simple design feature into an optimization factory in the background, giving you highly optimized pages that are light and load very quickly on any browser. We do feel, however, that the actual design of SiteOrigin has not matured with the times and is facing stiff competition from the other page builders mentioned above.

These established and popular WordPress page builders have numerous features that make Gutenberg appear weak – at least for now. However, being in its beta phase, Gutenberg is only expected to get better. Of course, we’re not expecting the established free and premium page builders to take this lying down. We’re expecting a fierce battle for supremacy among them. Competition is always great for the end customer and it’s the developers and web designers who are expected to be the ultimate beneficiaries of all of this. 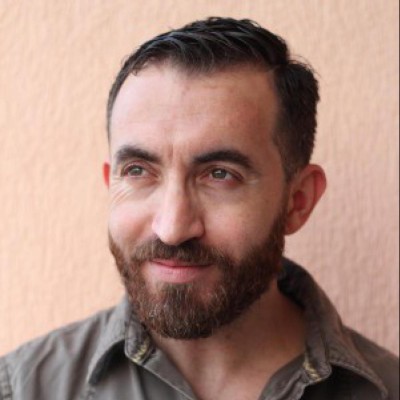 David enjoys geeking out on anything SEO, online marketing, WP and many other digital, techy stuff. He writes on a number of major tech and web design publications besides a number of his own sites. Follow his latest on @DARTCreations