State of Conversational Commerce & Why Messengers Evolve into Online Marketplaces

With 2.18 billion active users around the globe, messaging apps are now bigger than social networks. And while many retail companies are giving up on social commerce as we know it, chat commerce continues to flourish. It all started with WeChat, the Chinese monster of an app, which processed $3 trillion in payment transactions back in 2016 and has almost entirely replaced business websites and mobile wallets in the country. The introduction of Facebook, Kik, and Telegram bot development platforms has given rise to messenger commerce and automated customer service in western countries, too. Today, everyone from Domino’s Pizza to Uber invests in lightweight AI assistants that navigate customers through online catalogs, process payments and personalize brand-to-consumer communication. Where is the conversational commerce headed & does the future of messaging apps really lie in online shopping?

How did Messenger Commerce come about?

Before we dive into the fascinating world of AI bots, voice assistants, and mobile payments, it’s worth mentioning that mCommerce is now the most lucrative mobile app category and boasts higher user engagement rates (+54% from last year) than gaming apps.

But it’s not all rainbows and unicorns for shopping apps, either.

Although 70% of US customers download at least one app per month and spend over 5 hours daily on mobile devices, only a handful of apps, including Facebook, YouTube, Facebook Messenger and Amazon (which is the #1 app 35% of Millennials can’t live without) see steady growth.

Forward-thinking retailers and e-commerce brands had no other choice but to adapt to rapidly changing consumer behavior and try to reach their audience through their favorite communication channels – that is, social networks and messaging applications.

That’s how social commerce came into prominence – and most companies thought that would be it. Recent studies, however, show that only 6.5% of consumers are satisfied with social commerce shopping experience – simply because companies that sell goods through social platforms often lack knowledge, experience, and tools to set up a fully-fledged online store on Facebook, Pinterest, or Instagram and enable one-click payments.

First and foremost, one needs to understand what conversational commerce really is. According to Chris Messina, co-founder of Molly and former Uber and Google employee, the term refers to any form of commerce facilitated by language interfaces. Unlike traditional e-commerce which comes down to adding items to a cart, conversational commerce closely resembles human-to-human interactions and is thus a social activity – and “social” is what actually makes shopping fun.

Chat commerce is by no means limited to AI bots running inside messaging applications; after all, 39 million Americans now have smart speakers like Amazon Echo and Google Home – and these can get you a ride with Uber and order a pizza from your local Domino’s location.

Messaging Apps: What does the Future Hold?

With 90% of mobile time spent on messaging applications, it’s safe to say chat apps are the future of social networking. What about mobile commerce then?

Chatbots will most likely remain the key conversational commerce tool. Between 2017 and 2023, the global chatbot market will be growing at a CAGR of 24.3% and reach $1.23 billion in five years.

As of now, messaging apps are inhabited by liner chatbots which streamline content delivery and handle routine customer questions. Bots which are capable of understanding human emotions and possess a hint of personality are still few. Some of the early examples of successful chat commerce solutions include Sephora’s keyword-triggered Kik bot, eBay’s ShopBot virtual shopping assistant, Aerie’s This or That bot, etc.

According to IBM, chatbot developers will soon move towards designing conversational experiences first. Combined with the advancements in NLP, the new approach to bot development is bound to change mobile and desktop commerce – and it’s only a matter of time until more retailers jump on the chat commerce bandwagon. 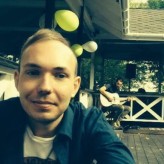