Zuo “Zee” Zheng, co-founder of the SpaceChain Foundation “SpaceChain,” spoke as an honored alumnus at Draper University’s Space Tech Summit about the Foundation’s recent launch of a low Earth orbit (LEO) satellite system to bring blockchain technology a thousand miles above ground and into space. SpaceChain is on a mission to provide a platform for innovators to develop applications such as decentralized storage and innovative communication technologies on a satellite-sharing test platform.

Mr. Zheng shared his team’s vision at the tech gathering which was attended by over 100 startups, as well as investors, entrepreneurs, and innovators. They came to discuss how space technology can be used to advance man’s exploration of the cosmos.

In a Reddit AMA (ask me anything) session, CTO Jeff Garzik said, “The Foundation provides the framework for wiring the solar system for networking. First low Earth orbit (LEO), then slowly moving out to other planetary bodies and moons (satellites around satellites).” The startup’s satellites are expected to stay in orbit for at least a couple of years, and possibly up to five years depending on the rocket ride. Mr. Garzik explained that small satellites are secondary payloads, which must follow the orbit of the primary payload.

In his speech, Mr.  Zheng said that he and his cofounder hope this infrastructure boost will help “build a problem-solving model to tackle the future’s greatest challenges, using the power of blockchain in the space industry.” Mr. Zheng revealed details of the four-pronged plan at the tech conference.

For example, the company plans to use the lure of space cash, its token-based business model designed to generate interest and solidarity for the community-driven initiative. This strategy is geared to create a sense of commitment among participants in the ecosystem. Mr. Zheng estimates that there are as many as 30,000 holders of SPC.

Venture capitalist Tim Draper is an investor in the project. “I am excited by the vision and mission to create an open-source technology that will develop accessible, blockchain, decentralized technologies,” said Draper in a recent announcement. “The Draper portfolios, including investments in Space X, Planet, Iceye, Kubos, Bagaveev, and others, show our focus on space-based technologies. Alongside investments like these, we believe we can develop and help SpaceChain accomplish its mission” to become a decentralized space agency.

The satellite network could initiate critical advancements and research opportunities. Availability of the nodes can increase the volunteering of computing resources, which is key in the study of topics such as gravitational waves. Cultural projects, such as Arch Mission (a planetary backup of humanity’s critical knowledge), can benefit from decentralized data storage.

At a minimum, bringing blockchain infrastructure to space could also mitigate global dependence on resources concentrated in the hands of central planners. As innovators and entrepreneurs bring new ideas to life, legacy systems can give way to rising alternatives that offer a competitive advantage.

The SpaceChain team is confident that their open-source technology can optimize collective intelligence, cut down the costs of space travel and research, and develop accessible, decentralized technologies that will facilitate the discovery of key resources in space. The crowdfunded venture is a transformative project that aims to allow innovators to build applications that could bring low-cost computing and open data services to the entire solar system, which will accelerate the development of space exploration.

We hope you found this promoted post as informative & entertaining as we did! 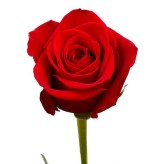 Marvin Dumont is senior editor at Bitcoin.com. He holds MPA, BBA and BA degrees from the University of Texas at Austin.