How Can Blockchain Add Value to Your Social Media Networking?

How Can Blockchain Add Value to Your Social Media Networking?

The total number of social media users worldwide is 2.34 billion and the number is expected to touch 3 billion by 2020, according to several sources. The level of engagement that is happening via social media is unprecedented. Unknowingly, millions of precious personal data are exchanged and shared without any reward. Ultimately, customers do not own the data. The control is in the hands of the owners of such platforms.

What is the best way to come out of this situation?

The answer is decentralization.

“The breakthrough of blockchain is really this notion of distributed trust, and I think the bigger breakthroughs are going to happen when people apply blockchain to use cases,” said PayPal COO William Ready.

What are the Major Blockchain protocols?

There are several platforms available today with which you can build decentralized blockchains.

Have a look at the below image which gives a clear picture of all the players who are testing Ethereum for social networking.

Active since 2015, Ethereum’s current market capitalization is estimated to be $118.5 billion USD. Several players have already started exploring the possibilities. Mark Zuckerberg, the founder of Facebook, has already prompted a call for a decentralized social network. Messaging app Telegram is all set to launch its own Blockchain platform and cryptocurrency.

Ethereum is programmable and has much broader applications. It is self-sustaining and unstoppable. Creating blockchain applications are much easier with Ethereum. There are one million transactions running on the Ethereum platform today, with a thousand different applications built on one single platform.

So, typically what happens when we have social media on Ethereum blockchain?

The main intention is to protect identity and reputation of the users and give them credit to use the platform.

“I expect 2018 will be the year where all of the ideas around scalability, Plasma, proof-of-stake, and privacy that we have painstakingly worked on and refined over the last four years are finally going to turn into real, live working code that you can play around in a highly mature form in some cases on testnets, and in some key cases even on the public mainnet,” Vitalik Butarin, founder of Ethereum said in a statement.

We are seeing a growing number of developments being made to incorporate this technology and improvise ideas and concepts that can shape the future of social networks. 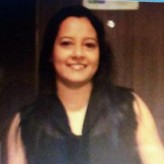 Meenakshi Krishnan is a Content Consultant at OpenXcell, a pioneering Blockchain and Mobile App Development Company and Blockchain Development Company in India and USA. A techie at heart, Meenakshi is passionate about the start-up ecosystem, entrepreneurship, latest tech innovations, and all that makes this digital world. When she is not writing, she loves to read, cook and paint. Prior to this, she was working for a technology marketing company based in Norwalk as a content contributor. You can reach Meenakshi at LinkedIn and Twitter